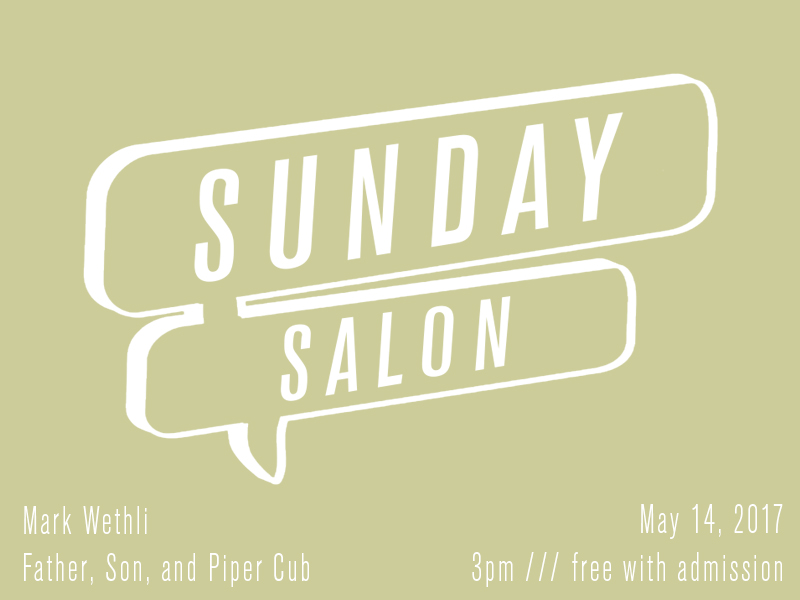 Rockland, ME, May 5, 2017 — Artist Mark Wethli will be the featured speaker at the Center for Maine Contemporary Art’s upcoming Sunday Salon on May 14, from 3 to 5pm. Sunday Salons are an engaging series of conversations related to current topics in contemporary art and are free with admission.

Mark Wethli is a painter and public artist who lives and works in Brunswick, Maine, where he is also the A. LeRoy Greason Professor of Art at Bowdoin College. Continually asking the viewer to contemplate their own awareness of knowing and seeing, Wethli has explored many forms in his art work including painting, sculpture and installation, both representational and abstract.

Mark Wethli’s father, Ralph Wethli, who was trained as an aircraft mechanic and went on to retire as a flight engineer for Pan American World Airways, restored a derelict Piper Cub in the 1950’s when Wethli was a boy. One of the artist’s earliest memories is watching his father work on the plane a bit at a time during evenings and weekends, alongside his day job as a helicopter mechanic, in Buffalo, New York. Wethli’s Piper Cub is in large part a memoir of that achievement and a tribute to his father, who taught him, by example, the virtues of hard work, integrity, and pride in craftsmanship. Ralph Wethli was also instrumental in helping build his son’s Piper Cub at age 82—exactly 50 years after restoring his own.

The most noticeable thing about Wethli’s Piper Cub is that it’s incomplete; the abstract framework of an airplane rather than one that’s ready to fly. Is it an actual plane, a sculpture of a plane, a full-scale model of a plane, or in some sense (in its idealized, Platonic forms) the prototype of a plane? Significantly, Wethli has done nothing to artistically modify or interpret the plane, other than painstakingly recreating and presenting it (or, one might say, re-presenting it), suggesting that the “art” of the piece resides in its conceptual nature (posing questions such as the ones above) rather than its formal one.

Together, Mark and Ralph Wethli will be in conversation on topics regarding the construction and presentation of Piper Cub, questioning .