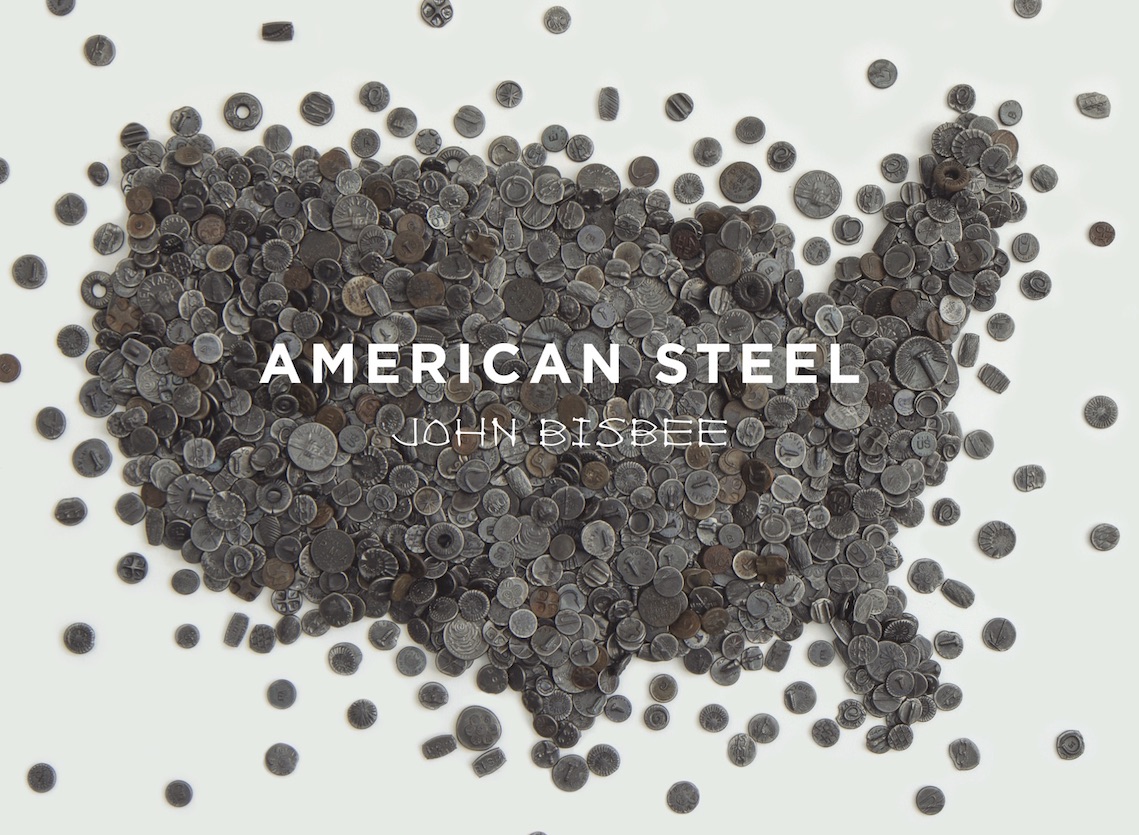 Join us for a conversation and book signing with artist John Bisbee as we celebrate the release of the exhibition catalog, American Steel. The 64-page, fully illustrated, hardcover, 11 x 11 inch, catalog includes a foreword by CMCA Director Suzette McAvoy and an essay by Glenn Adamson, Senior Scholar at the Yale Center for British Art and former Director of the Museum of Arts and Design, NYC. Catalog designed by Maeve O’Regan, photography by Andrew Estey, printed by Penmor Lithographers.

Guests are invited to stay for refreshments and final viewing of the exhibitions John Bisbee | American Steel and Jocelyn Lee | The Appearance of Things.

John Bisbee (b. 1965) received his BFA from Alfred University and attended the Skowhegan School of Painting and Sculpture. He has had residencies at MacDowell Colony and Yaddo. He has had more than two dozen solo exhibitions since 1993, including at the Albright-Knox Art Gallery, Buffalo, New York; the Kemper Museum of Contemporary Art, Kansas City, Missouri; the Shelburne Museum, Shelburne, Vermont; the Snite Museum of Art at University of Notre Dame, Notre Dame, Indiana; and a mid-career retrospective at the Portland Museum of Art in Maine, in 2008.

A recipient of a 2006 Joan Mitchell Foundation Grant, he has also received a State of Maine Individual Artist Grant, the Rappaport Prize administered by the DeCordova Museum and Sculpture Park, and both the Purchase Prize and the William Thon Jurors’ Prize awarded through the Portland Museum of Art’s Biennial Exhibition.

John Bisbee’s work has been reviewed in Art in America, ARTnews, Sculpture Magazine, The New Yorker, The New York Times, The Village Voice, and The Boston Globe. It has been featured in Colossal, American Craft Magazine, Art New England, Maine Home and Design, Portland Press Herald, and The Burlington Free Press, among others.