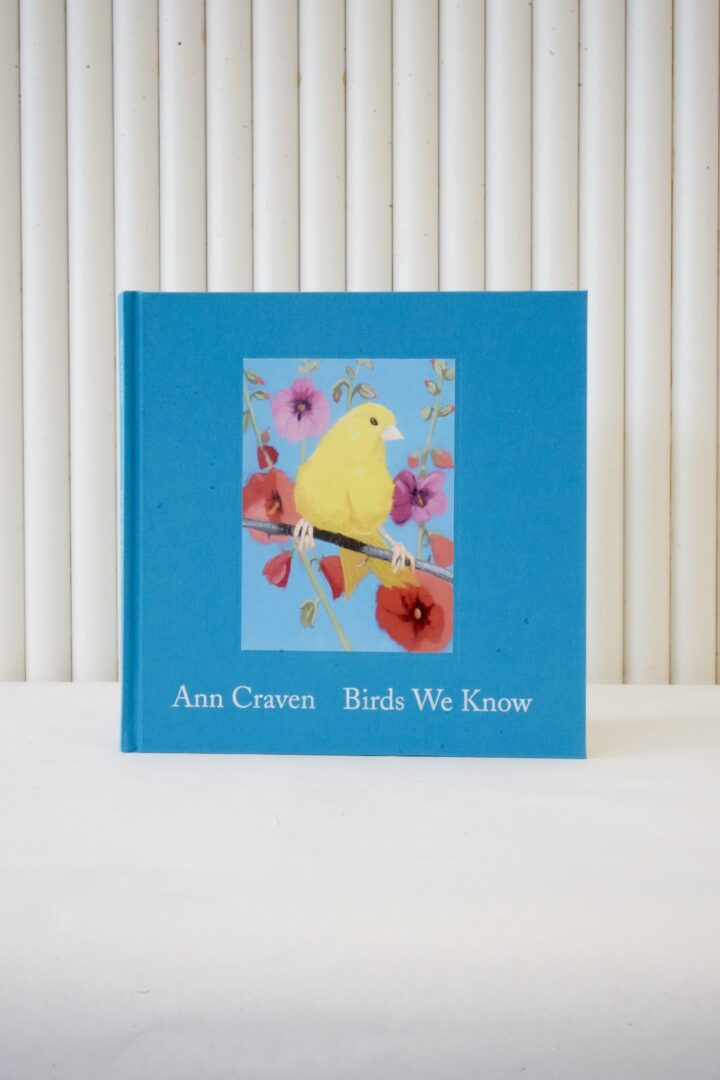 Available for in-person pick up and shipping

Birds We Know was the artist’s first exhibition in Maine, in 2019, where she has been painting since the early 1990s. It was on Lincolnville Beach that Craven painted her first “Moon” painting in 1995. For Craven, painting serial versions of the moon on site was a way to conflate the momentary with the constant. The paintings of birds soon followed, inspired by color-plates found in her Italian grandmother’s vintage ornithology books. The birds serve as a touchstone for memory, each repetition of the image revisiting a moment or recalling a loved one.

The 112-page illustrated hardcover catalog features an essay by Christopher B. Crosman, founding curator of the Crystal Bridges Museum of American Art and former director of the Farnsworth Art Museum.

Ann Craven is renowned for her lushly colored, mesmerizing portraits of the moon, birds, flowers, and other iconic images which she revisits in serial fashion, as well as her painted bands of color called Stripe or Band Paintings, which document her process. Craven is a diarist; each of her paintings is inscribed with the date and time of its making, and she meticulously inventories and records each year’s work. Recently she began exhibiting her extensive series of Untitled (Palettes), ranging from 1999 to present. “The Palettes are my indexed color inventory,” she says. “They are a way for me to hold on to what I just painted—a moon or flower or bird.”

In addition to numerous group exhibitions worldwide, Craven had her first retrospective, titled TIME, at Le Confort Moderne in Poitiers, France, in 2014. Other major solo exhibitions include Animals 1999-2017 at Southard Reid, London, 2017; Hello, Hello, Hello at Maccarone, NYC, 2016; I like Blueat at Gallery DIET, Miami, 2015; Untitled (Palettes: Naked, Tagged), 2014-15 at Southard Reid Gallery, London, 2015; and Ann Craven at Hannah Hoffman Gallery, Los Angeles (2014). Her work has been reviewed in publications including The New York Times, Modern Painters, Art News, LA Times, Art in America, Artforum, Flash Art, The New Yorker, Frieze, among others, and her paintings are in the public collections of the Museum of Modern Art, The Whitney Museum of American Art, The New Museum, and the Museum of Contemporary Art in Chicago, among others.