Tuesday Talk | The Appearance of Things 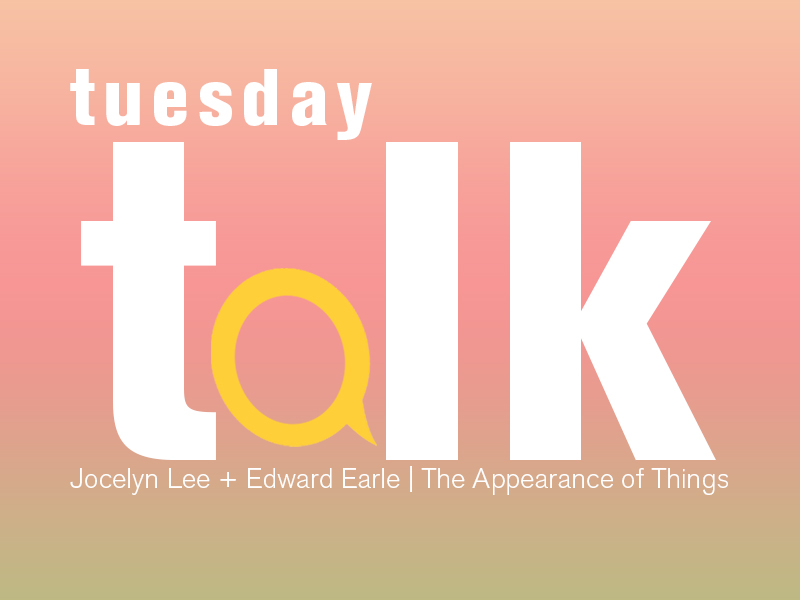 Join us for a Tuesday Talk with photographer Jocelyn Lee in conversation with Edward Earle, former Curator of Collections at the International Center of Photography, NYC. Lee and Earle will discuss the historical underpinnings of Lee’s work on view in her current solo exhibition, The Appearance of Things, as well as new directions in portraiture, landscape, and documentary photography.

Writing in The New Yorker, Rebecca Bengal, describes Lee’s work in The Appearance of Things as: “Rather than the exchange between camera and subject, these painterly pictures…reveal a symbiosis between human and natural forms, each enhancing the other’s uncanny, shifting beauty.”

Jocelyn Lee was born in Naples, Italy, and received her BA in philosophy and visual arts from Yale University, and her MFA in photography from Hunter College. In 2013 she received a NYFA Fellowship, and in 2001 she received a Guggenheim Fellowship. She has taught photography at Princeton University (2003-2012) and at Maine College of Art (1993-2001). She has been a visiting artist at Yale University, Bowdoin College, Massachusetts College of Art and Design, and New York University. Her work has been published in numerous national and international publications and is in many public and private collections.

Edward Earle is the former Curator of Collections at the International Center of Photography, NYC. At ICP, he curated a retrospective of MANUAL, the collaborative work of Ed Hill and Suzanne Bloom, as well as two Triennial exhibitions before retiring in 2015. Previously, Earle developed new media projects at the California Museum of Photography at UC Riverside. A graduate of the Visual Studies Workshop in Rochester, NY, Earle also worked at the Photographic Resource Center, Boston, and the Museum of the Moving Image, Queens.