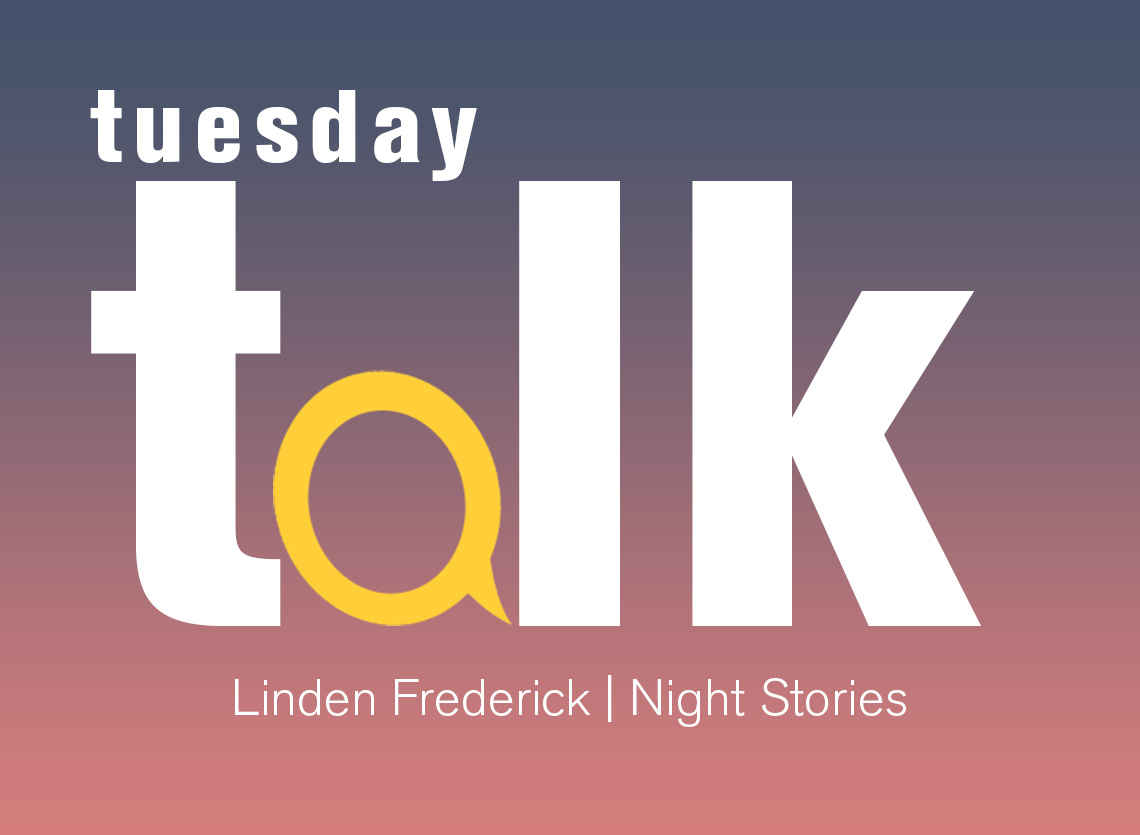 Tuesday, September 26, 5:30pm
Free to CMCA members + others with admission; limited to 50 people only!

By popular demand, artist Linden Frederick is hosting a second Tuesday Talk! Join us as he discusses his current exhibition Night Stories, a collaboration with 15 noted authors. Stay after the talk for refreshments and further conversation.

Tickets are not available as this event has passed.
+ Google Calendar+ iCal Export