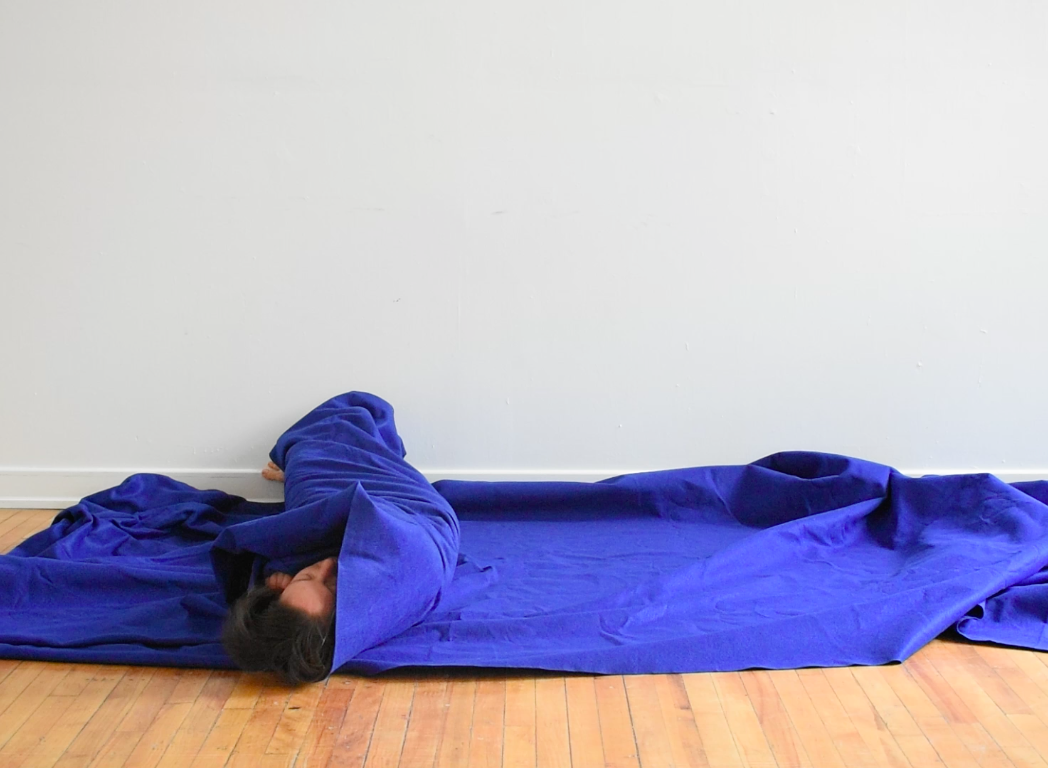 A sculptor who works with unlikely materials, ranging from rebar to sequins to milk, Heather Lyon’s (b. 1975) most recent work includes task-based performance videos, which question interpersonal relationships and the ways we negotiate longing, loss, desire, power and vulnerability.

MILK was created during a residency at Pinea Linea de Costa in the southern coastal town of Rota, Spain. Lyon is seated in a tower once belonging to a nunnery that was the only built structure remaining after a Tsunami devastated the town in the 1700’s. Lyon chose this location because, for her, the tower is a symbol of what withstands – of what endures – in the face of disaster. Lyon’s performance is transformative visually, psychologically and emotionally as she slowly and with great concentration pours milk over her head, bathing her face, hair and garment in this metaphorically nourishing, wholesome and pure material. Her performance is an attempt to connect with the eternal, to sustain and transcend.

ROLL and WRAP are performative videos in which Lyon wraps her body in electric blue felt and a chain of teal blue sequins. The act of wrapping is one of the repetitive tasks Lyon uses in her object making. Wrapping or binding holds together different elements or parts, revealing form through process as it softens edges and conceals. It is a gathering together, both literal and metaphoric, at once protective and restrictive. Lyon applies this action to her own body, making visible the process and the transformative relationship between body and material.

These new videos are being shown for the first time as part of SCREEN, CMCA’s ongoing series exhibiting current video art, and are being shown in conjunction with the exhibition Materiality | The Matter of Matter.