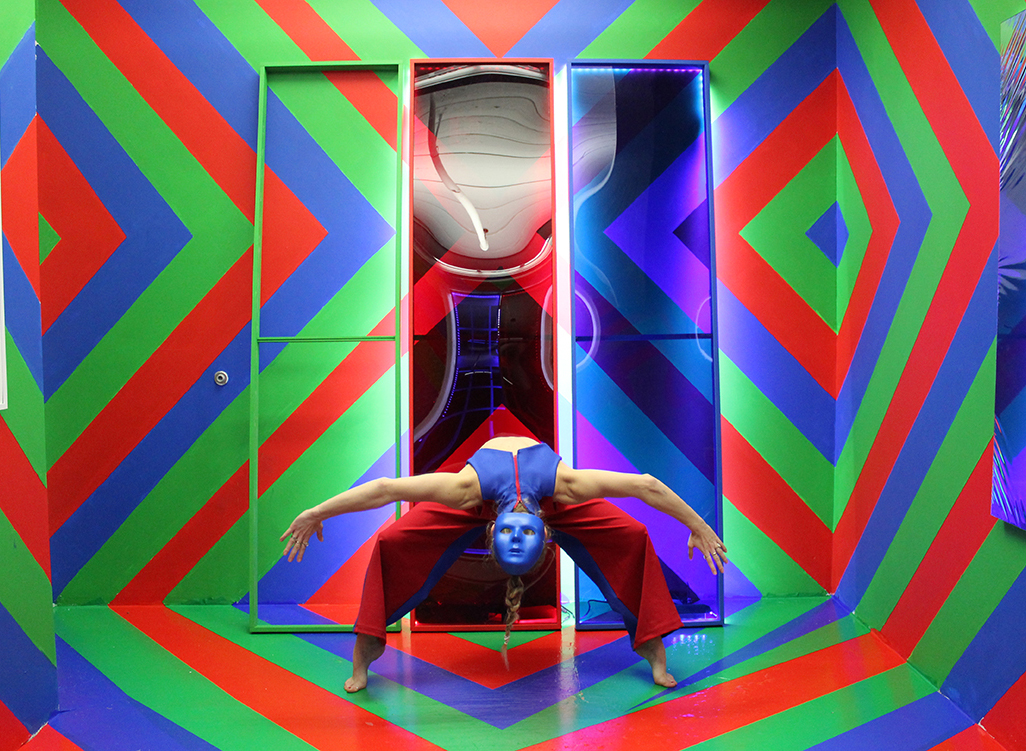 Bifurcated Radical Anarchist Cultural Enterprise or B. R. A. C. E. is a performance group of 1-5 women and LGBTQIA performers established by artist Patricia Brace in 2016. Since then B. R. A. C. E. has performed at Rutgers University, IF Museum Academy, Tête Berlin and MASS MoCA. Using hybridized forms of athletics, dance, product design, and analogue and digital technologies, B. R. A. C. E. seeks to expose and ratify injustices that women and LGBQTIA identifying people experience as a trickle down from governmental policies. When laws affect personal liberties and expressions of identity B. R. A. C. E. asks “what is truth in a political system that lies and how do we occupy that space?”

Patricia Brace was raised in Cherryfield, Maine, and now resides in Biddeford. She is a performance artist whose work addresses the relationship between intersectional feminism and socio-politics through the use of dance, new media, and installation. Brace currently teaches at University of Maine, Augusta, and formerly taught at Mason Gross School of the Arts, Rutgers University. She has recently exhibited at the ICA at MECA in Portland, Maine, This Friday Next Friday Gallery in Brooklyn, New York, and Tête Gallery in Berlin, Germany. Her work has also been shown at Gary Snyder Project Space, SOHO 20, Ortega Y Gasset Projects, Smack Mellon, Public Address Gallery and Trestle Gallery, all in New York. Brace has attended The Studios at MASS MoCA, Solo(s) Project House, and Vermont Studio Center. She is the recipient of the Professional Development Grant, Giza Daniels Endesha Award, the Ray Stark Film Prize, and the Leon Golub Scholarship. Brace is also the Co-founder of Sine Gallery and GROUNDWORK retreat.

SCREEN is an ongoing CMCA series featuring current video work by artists with a connection to Maine.

Maine’s Mini-Mecca: Contemporary on the Coast in Artscope Magazine by Greg Morell – July 5, 2018