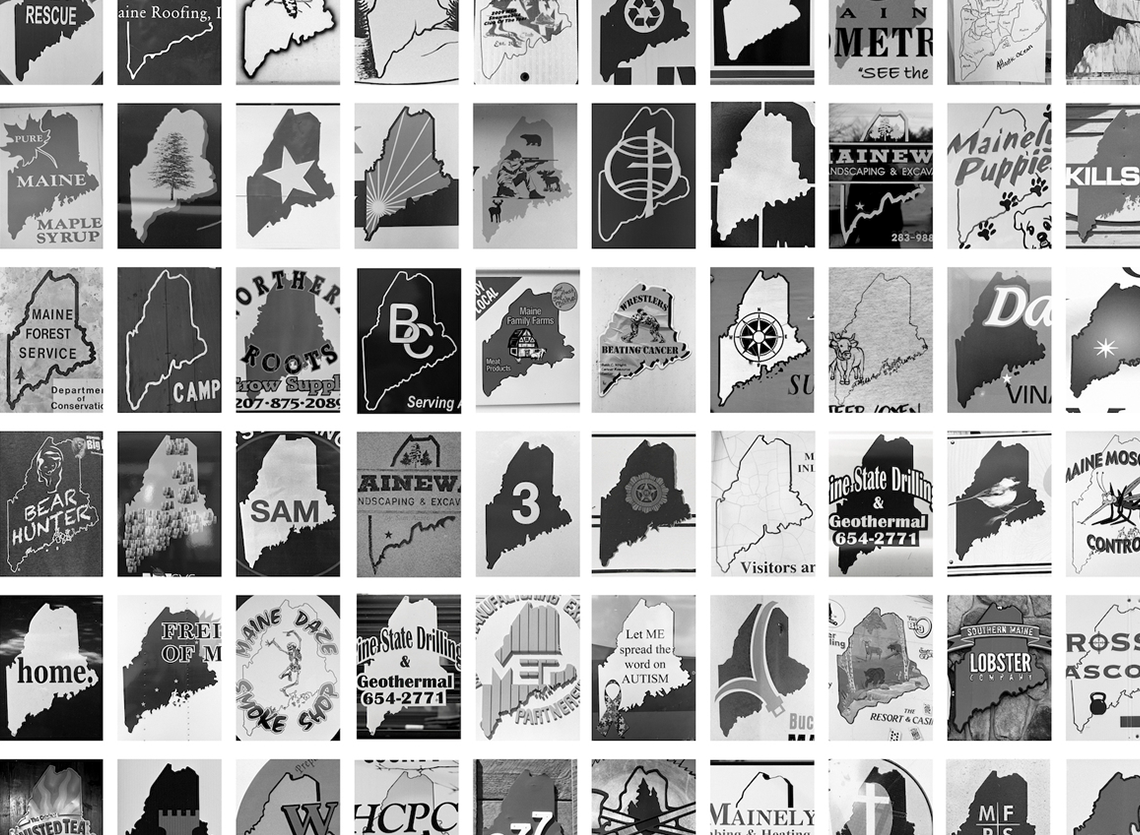 For six years beginning in early 2014, photographer S.B. (Sam) Walker traveled more than 100,000 miles throughout Maine, a well-marked gazetteer at his side, in an attempt to render a truly nuanced visual record of the state.

On the face of it, a project such as this appears to be a rational, census-like undertaking akin to the vast photographic surveys conducted in the late 19th and early 20th centuries. In reality though, it was an odyssey determined by intuition, serendipity, and strange happenings. As Edward Earle, former Curator of Collections at the International Center of Photography notes, “In this exhibition, Walker offers a fresh approach to the lyric documentary tradition. He eschews a narrative structure or the study of one subject, his images create a collective interpretation of Maine’s social landscape.”

S.B. Walker (b. 1987) lives and works in Rockland and Portland, ME. His works have been exhibited internationally and are in the public collections of the Museum of Fine Arts, Boston; Peabody Essex Museum; Smith College Museum of Art; The Museum of Fine Arts, Houston; Brown University; The Thoreau Institute; and Paul Sack Photographic Trust. His projects have been featured in The New York Times, The Guardian, Smithsonian Magazine, Lens Culture, Hyperallergic, and Aperture, among other publications. His first monograph, Walden, was published in 2017.

The exhibition is supported in part by a Bicentennial Project Grant from the Maine Arts Commission, an independent state agency supported by the National Endowment for the Arts.