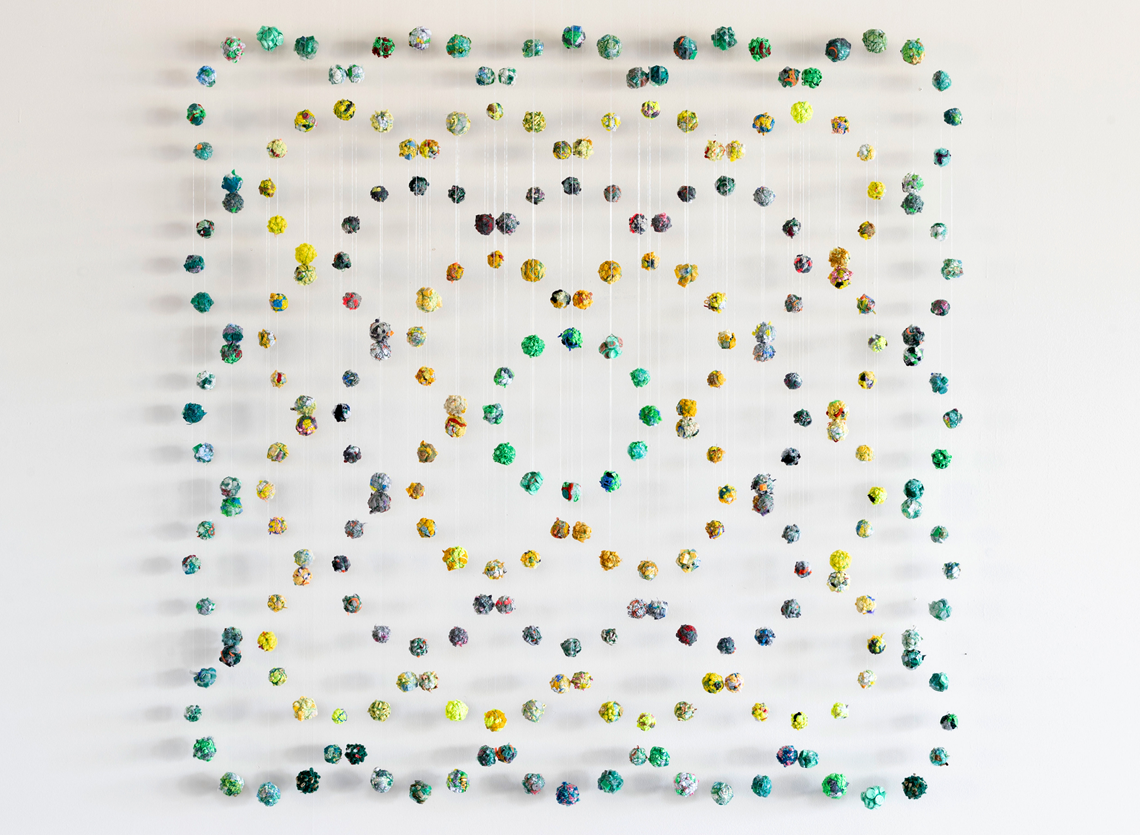 For his exhibition Mind Loops, Ian Trask will premiere a new series of sculpture and installation works created with materials intercepted from the local waste stream. Emulating the critical role decomposers (like moss and fungi) play in reinvigorating natural ecosystems, Trask’s practice is a holistic system of recirculating man-made debris into remarkable artworks.

Influenced by his education and experience in the sciences, this exhibition  will premiere a monumental, textile-based, wall-mounted installation with suspended sculptures. His multi-component artworks rely on suspension and interconnection, resulting in a complex interplay of logic and abstraction.

Ian Trask has exhibited at Brooklyn Academy of Music, the Wassaic Project (New York), Cove Street Arts, Waterville Creates, and the Danforth Gallery at University of Maine, among other venues. Trask has been an artist-in-residence at Pioneer Works (Brooklyn, NY), Mass MOCA (North Adams, MA), Marble House Project (Dorset, VT), and most recently at the Ellis-Beauregard Foundation (Rockland, ME). In 2018 he self-published his first artist book Strange Histories: A Bizarre Collaboration, and has been featured in numerous publications, such as the New York Times, Hyperallergic, Portland Press Herald, Brooklyn Magazine, and Christian Century.

CMCA’s exhibition program is made possible in part by a grant from the Andy Warhol Foundation for the Visual Arts with additional support from individual donors and members.

Special thanks to Scott Stuart for his assistance to the artist in fabricating elements for the exhibition.