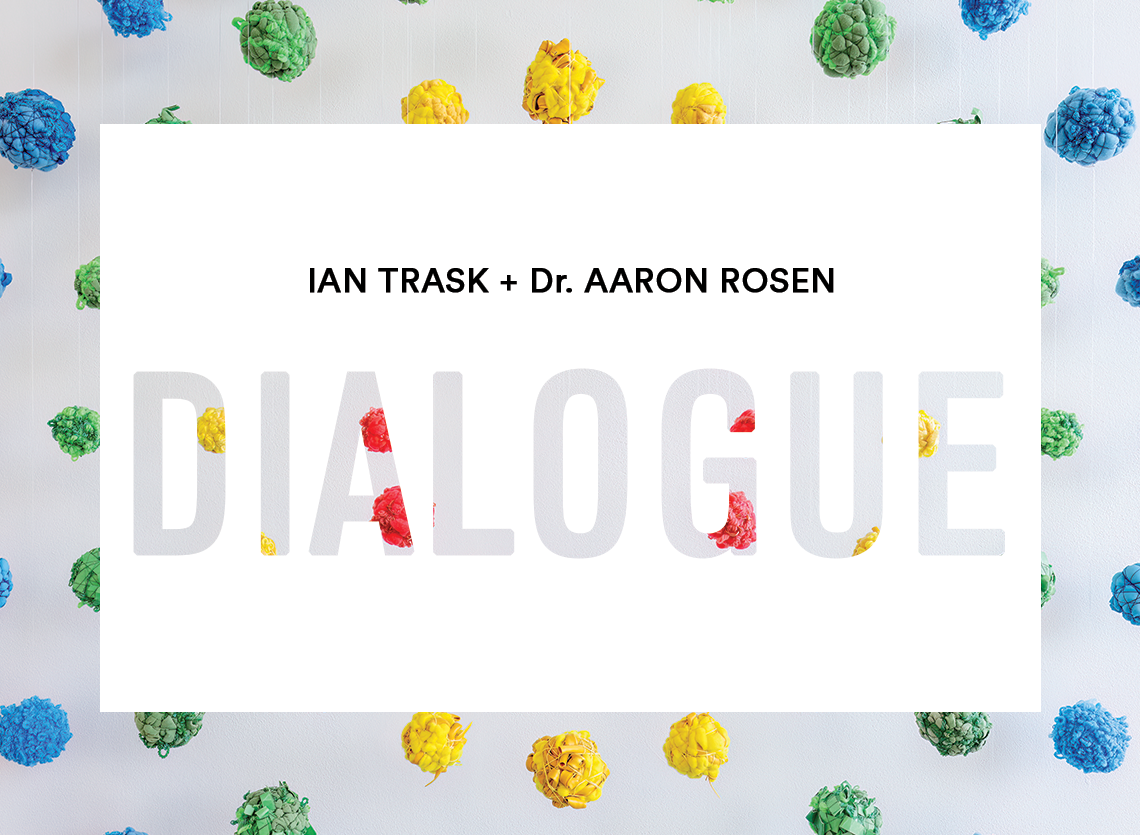 Saturday, December 10 | 2:00-3:00pm | In-person at CMCA + streamed on Zoom
Admission to this event is free. Zoom registration link below.

Join us for a dynamic discussion between exhibiting artist, Ian Trask, and Dr. Aaron Rosen as they discuss themes found in Trask’s work including: choreographing shadows, the juxtaposition of improvisation and calculation, and the importance of play, repetition, and (eco-)systems in his practice. The dialogue will be immediately followed by a book signing of Trask’s Strange Histories: A Bizarre Collaboration

Dr. Aaron Rosen is Professor of Religion & Visual Culture and Director of the Luce Center for the Arts and Religion at Wesley Theological Seminary in Washington, D.C. and Visiting Professor at King’s College London, where he taught previously. He began his career at Yale, Oxford, and Columbia, after receiving his PhD from Cambridge. He has curated exhibitions around the world and directs the Parsonage Gallery, exploring ecology and spirituality. He is the author or editor of many books, including What Would Jesus See?, Art and Religion in the 21st Century, and Journey through Art, translated into seven languages.

Ian Trask has exhibited at Brooklyn Academy of Music, the Wassaic Project (New York), Cove Street Arts, Waterville Creates, and the Danforth Gallery at University of Maine, among other venues. Trask has been an artist-in-residence at Pioneer Works (Brooklyn, NY), Mass MOCA (North Adams, MA), Marble House Project (Dorset, VT), and most recently at the Ellis-Beauregard Foundation (Rockland, ME). In 2018 he self-published his first artist book Strange Histories: A Bizarre Collaboration, and has been featured in numerous publications, such as the New York Times, Hyperallergic, Portland Press Herald, Brooklyn Magazine, and Christian Century.

This programming is made possible in part by a grant from the Andy Warhol Foundation for the Visual Arts with additional support from individual donors and members.