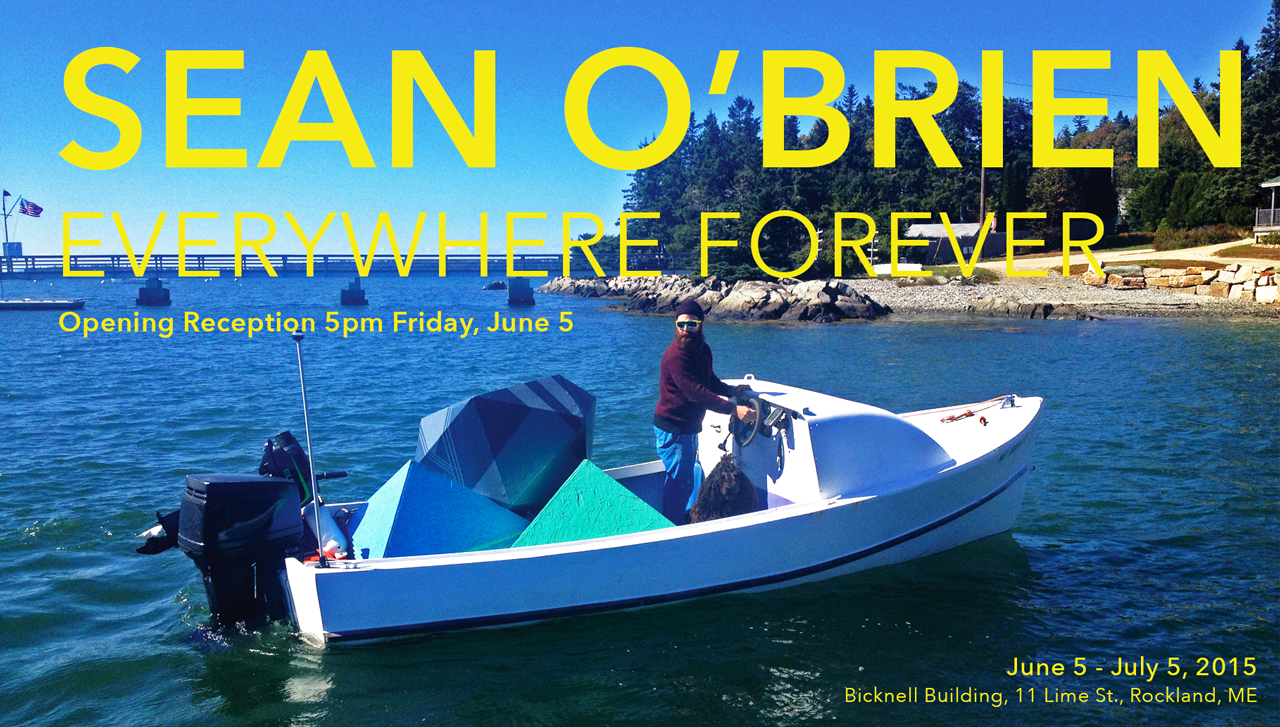 The geodesic dome is a new form of spiritual dwelling. At festivals, in backyards, deserts, and on mountains, countless geodesic structures are being used to create alternative spaces for an array of functions. A shape that is relatively recent to the human building vernacular, but a structure that is as old as the universe—from the molecular arrangement of carbon atoms to the microscopic shape of a virus or fish egg.
On the nano-scale, a Buckyball, or C60, is a hollow soccer-ball-shaped molecule comprised of sixty carbon atoms linked together into a sphere. A Buckyball, named after R. Buckminster Fuller, is the largest known molecule to exhibit the quantum mechanical properties of both a wave and particle—it is also big enough to enclose other molecules. Coincidentally, the Buckyball was discovered the year of artist Sean O’Brien’s birth by a team of scientists, one of which was named Sean O’Brien.

For the artist O’Brien, the geodesic dome is a symbol of the future and exploration. Strong and lightweight, it is the aesthetics of a utopia—of adventure and new frontiers. O’Brien is particularly interested in how geodesic structures can be used to provide shelter to a modern nomadic existence. Once delivered by helicopter, he can imagine domes being delivered by drones.

“Like the traditional yurt or Mongolian ger, the dome dwelling will have its own shamans,” says O’Brien. “Technology has given us the mystical powers of the metaphysical world in the palm of our hands. You can have a pseudo out-of-body experience using Google earth. Social media gives us the clairvoyance to see what our friends are doing halfway around the world, and Skype and FaceTime is near telepathy.”

Everywhere Forever is a site specific installation exploring the geometry of space and time through sculpture, video, shelter and spirituality.

Sean Patrick O’Brien was born in 1985 in Hermosa Beach, California, and grew up in Freeport, Maine. In 2007 he received a BFA from the Massachusetts College of Art in Boston. Sean has recently been an artist-in-residence in Iceland and has had studios in Tucson, Arizona; Grand Manan, New Brunswick, Canada; Bear Island and Portland, Maine. Awarded a grant from the Kindling Fund, he will be creating a floating geodesic sculpture that will travel the coast of Maine.