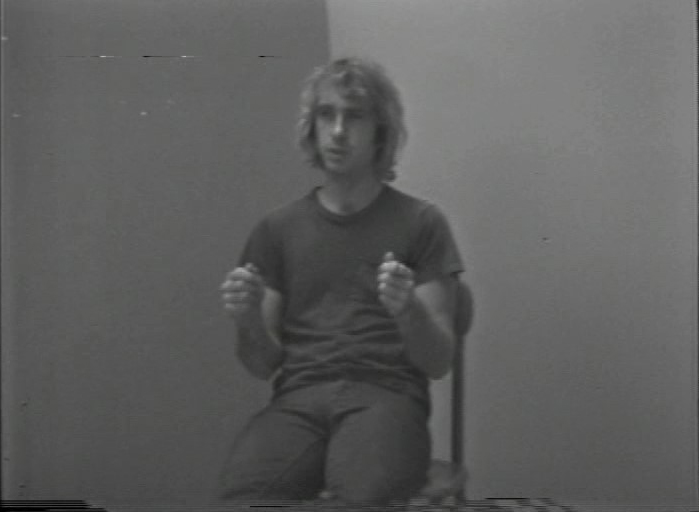 An important pioneer in video art, William Wegman created a series of short performance-oriented videos between 1970 and 1978, which are now considered classics in the field. He began experimenting with the new medium in earnest in 1970, while living in Southern California, where he taught for a year at California State College, Long Beach. Working concurrently with other West Coast artists such as Bruce Nauman and John Baldessari, Wegman perfected a deadpan humor and absurdist logic in his videos that came to define much of the West Coast conceptual art of this period. Reel to Real will feature these early videos and drawings, also from this time.

It was in Long Beach that Wegman acquired his first Weimaraner, Man Ray, who became an active participant in the early videos and an iconic presence in the artist’s career. “My background is in painting,” says Wegman, “but in school in the sixties, like many artists of that time, I believed that painting was dead. I began to work in collaboration with other artists in the creation of performance and installation works. Soon after, I started making video and photographic works and in the process became fascinated with the media itself. Before long I was setting things up just for the camera. In 1970, I got a dog and he turned out to be very interested in video and photography as well.”

Born in 1943, in Holyoke, Massachusetts, William Wegman is one of the best known and most highly regarded artists of his generation. He received a BA from the Massachusetts College of Art and an MFA from the University of Illinois, Urbana. With homes and studios in both New York and Rangeley, Maine, he continues to make videos, to take photographs and to make paintings and drawings.