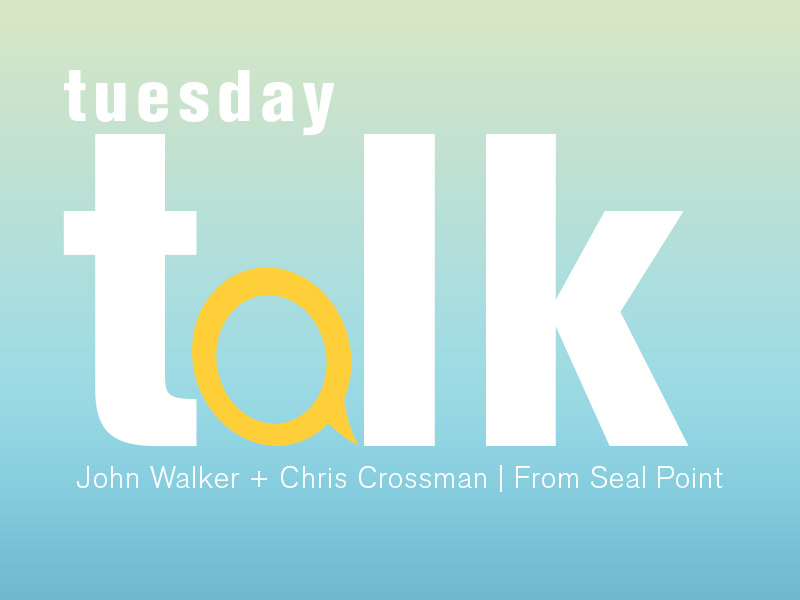 Writing about Walker’s work for a 2014 exhibition at Alexandre Gallery, Crosman describes the artist’s Seal Point paintings as “…primordially tidal, literally marked with and by wind-driven currents and light dissecting the water. Here and there, now and then, jostle, nudge, and conjoin on Walker’s canvases. The only constants seems to be the natural formation of Seal Point and raggedy, spruce covered Peabow Island, although even they tend to “wander” on occasion.”

John Walker (b.1939, Birmingham, England) is a resident of South Bristol, Maine. He has exhibited widely internationally, including representing England at the 1972 Venice Bienniale. From 1999 to 2014, he led the Graduate Program in Painting at Boston University, and previously taught at Cooper Union and Yale University.

Christopher Crosman is the former director of the Farnsworth Art Museum, where he served for 18 years, and the founding chief curator of Crystal Bridges Museum of American Art, Bentonville, Arkansas. He has written extensively about American art and artists, including serving as editor and principal essayist for Celebrating the American Spirit, the inaugural publication of the collection of Crystal Bridges Museum of American Art, and author of Islands for Andrew Wyeth: In Retrospect, an exhibition opening at the Brandywine Museum, Chadds Ford, PA, in June and traveling to the Seattle Art Museum this fall. Other recent publications include catalogue essays on the work of Will Barnet, Anne Arnold, Lois Dodd, and John Walker for Alexandre Gallery, NYC.