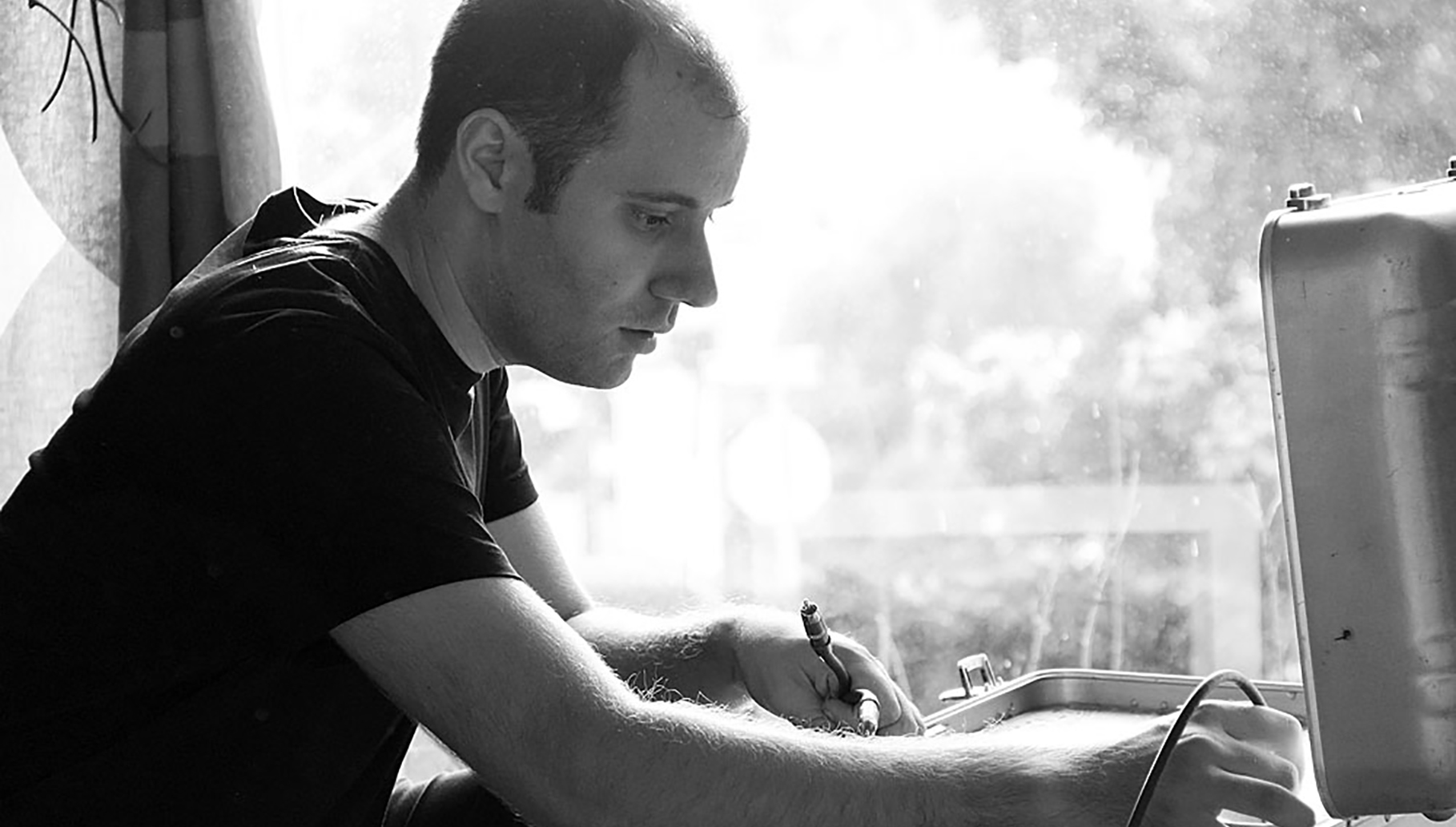 Shifting Walls is an audio installation by sound artist Ryan Page that mimics environmental processes to spontaneously generate musical form. It is the second in a series of works exploring a metaphorical relationship between algorithmically generated sound and the aural patterns of our sonic environment. Much like the natural soundscapes that inspired it, Shifting Walls is structured by emergent and indeterminate processes that continually change over time while drawing from a palette of simple synthesized sounds.

Ryan Page is a composer, performer, and sound artist. His work focuses on human interaction with technology, particularly the limitations and biases of communications media and their relation to human perception. Environmental and psychological metaphors are often used as structures in his compositions. Ryan has worked with artists such as Ikue Mori, Alvin Lucier, David Behrman, and Trimpin. His music has been performed in the California Electronic Music Exchange Concert series as well as the Berkeley Art Museum. Recordings of his music have been released by The Path Less Traveled Records, Give Praise Records, and the Electronic Music Foundation. In 2011 he received his BA in new media from the University of Maine, where his thesis composition, “Etude for 9 Kinetic Sound Objects,” received highest honors. He continued his study at Mills College and received his MFA in electronic music and recording media in 2013. His master’s thesis composition, “Ideology as Material Force,” makes use of circuit bent laserdisc players, prepared laserdiscs, and handmade video/audio mixers. He has studied with Laetitia Sonami, John Bischoff, James Fei, Pauline Oliveros, Roscoe Mitchell, Zeena Parkins, N.B. Aldrich, and Jon Ippolito.