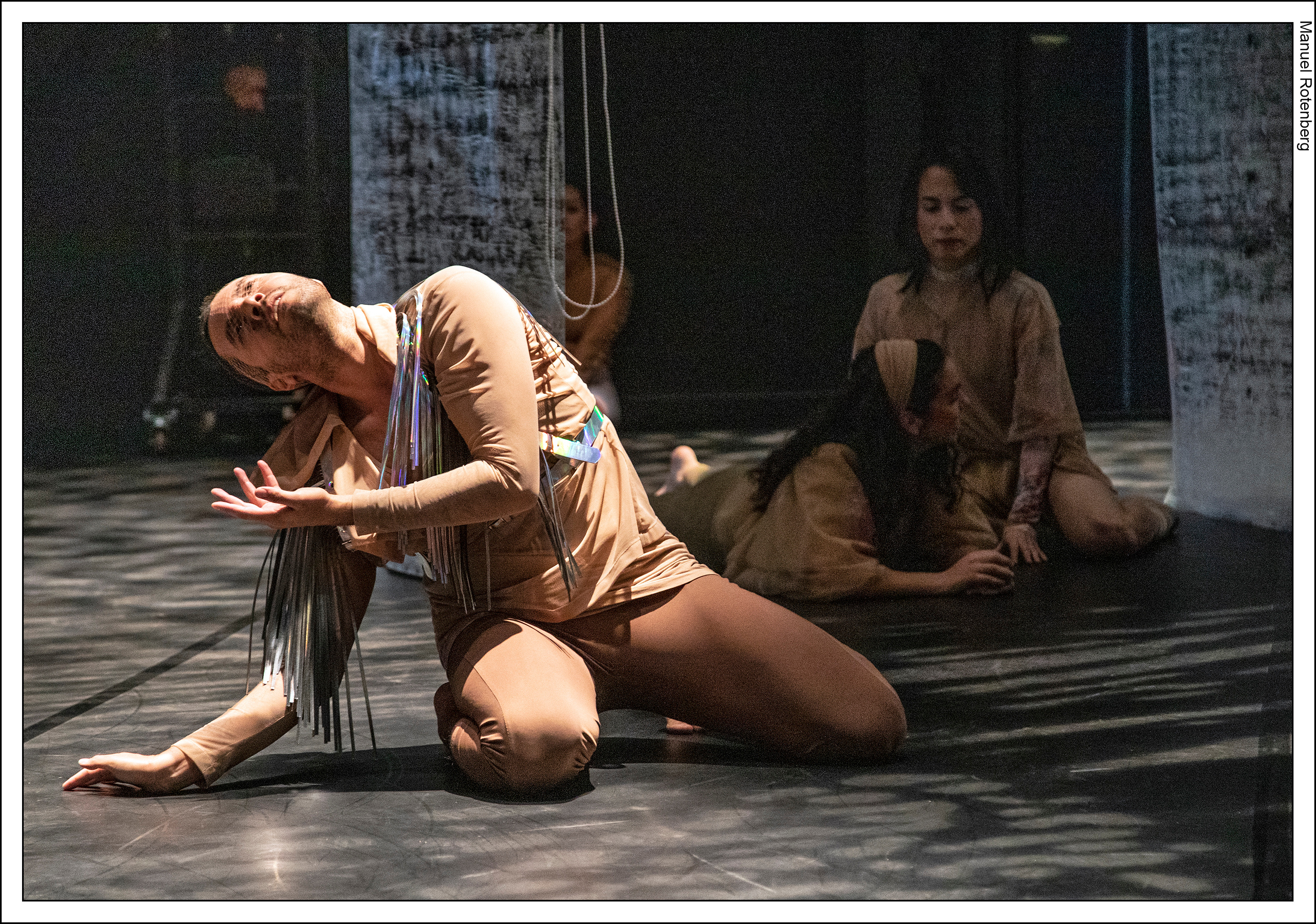 Shapeshifter is a contemporary dance piece by Marcos Duran presented by the Strand’s New Century Series in collaboration with CMCA. Join us for an evening of new choreography and performance art inspired by CMCA’s current exhibition. The piece depicts a person who dives in and out of physical transformations, in direct movement conversation with the architecture and works of the Main Gallery. Shapeshifter intends to redefine the idea of a contemporary dance work.

Duran’s work has been largely shaped by his time in New York, where he directed and performed in Marcos Duran Performance Group while an artist-in-residence at Center for Performance Research. Focusing on individuality within collectives, he honed his abilities as a transdisciplinary collaborator at University of California San Diego, bringing dancers, actors, designers, composers, and digital engineers together on stage for his MFA thesis at the La Jolla Playhouse theater district. He specializes in directing and performing his own evening length works, responding to site specific environments, conditions, and stimuli, recently presenting work at the Without Walls (WOW) Festival and at the Mingei International Museum in San Diego, California. His passion for filmmaking and performance was lauded with the Best Performances award for Minced at the Los Angeles Experimental Film Festival 2021. Also, his writing about art was published in HereIn Journal in October. He works with San Diego Dance Theater, Malashock Dance, and is currently appointed as a Lecturer in Dance at UC San Diego and San Diego City College.