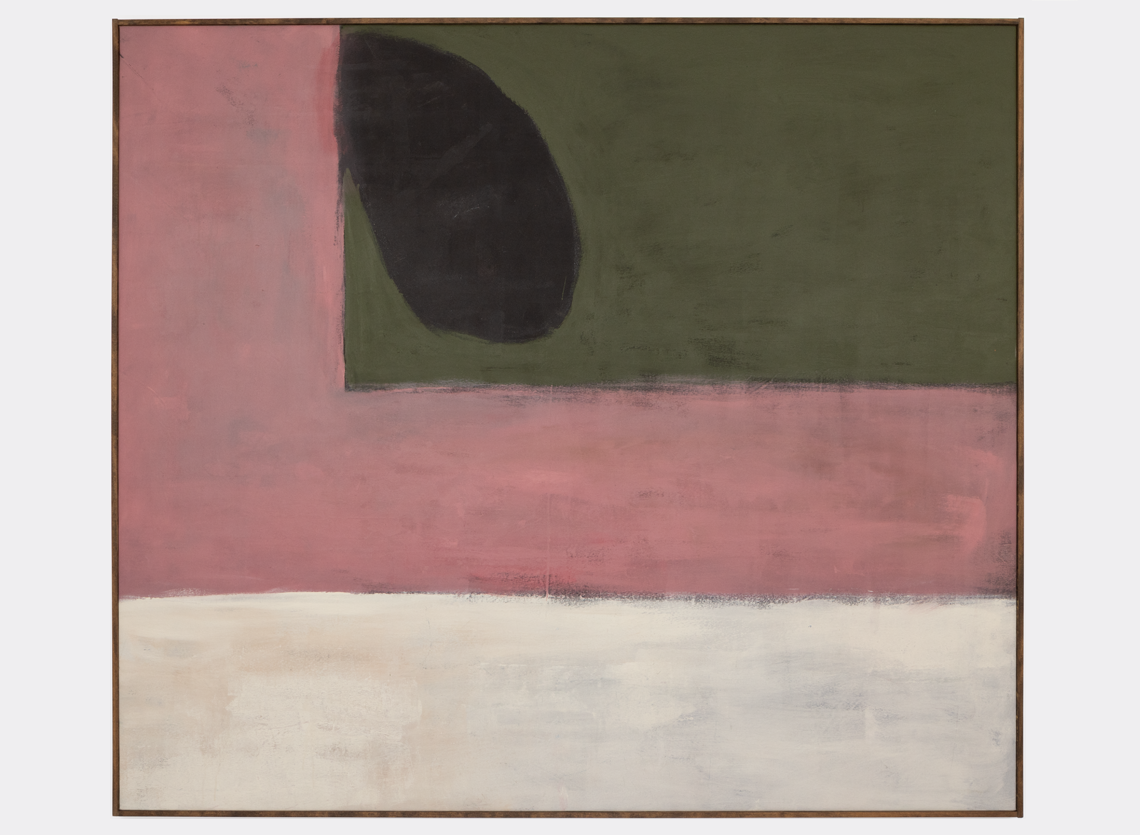 CMCA is pleased to present Hawkeye, a solo exhibition of paintings by Reggie Burrows Hodges.

A tennis ball, warped by the speed of impact, is captured right before it lands on the painted boundary of the court. Its oblong shape is conveyed through negative space—a window into the black ground with which Hodges treats his canvases. This is movement as observed by a Hawk-Eye, as it lives in the paintings of Reggie Burrows Hodges: an opening, through which a series of dynamic works emerge.

The movement of the tennis ball becomes a child’s cannonball dive into a pool, and the objective record of a sporting event is transposed into the landscape of memory. The black ground, which had been contained in the ball depicted in Fault (2021), Wide (2021), and Hawkeye: Pink and Green (2019) is released into the atmosphere of memory paintings, framing scenes sourced from Hodges’s childhood in 1970’s Compton, California. For Hodges, the dissension between the mechanistic documentation of an event and the personal gaze upon the past is never settled, but like his subject matter, is suspended in motion.

Modalities of memory and surveillance tumble over one another in Hawkeye. Hodges’s series relates the huddled referees, conferring an event to a mother’s keen watchfulness over her child. He builds a grammar of tiled floors, wallpaper and tennis courts, a patterned robe and sports uniforms: forms are affected loosely, dancing with the evidence of their brush work in the presence of blackness. Hodges preserves the multiplicity of his subject matter by applying a light touch to snap shots of the past, rendering them hazy and indistinct. Meanings are entangled, tense with forces of personal memory. Hodges grasps with this momentum and guides it into the gentle, profound collisions which ripple through this work.