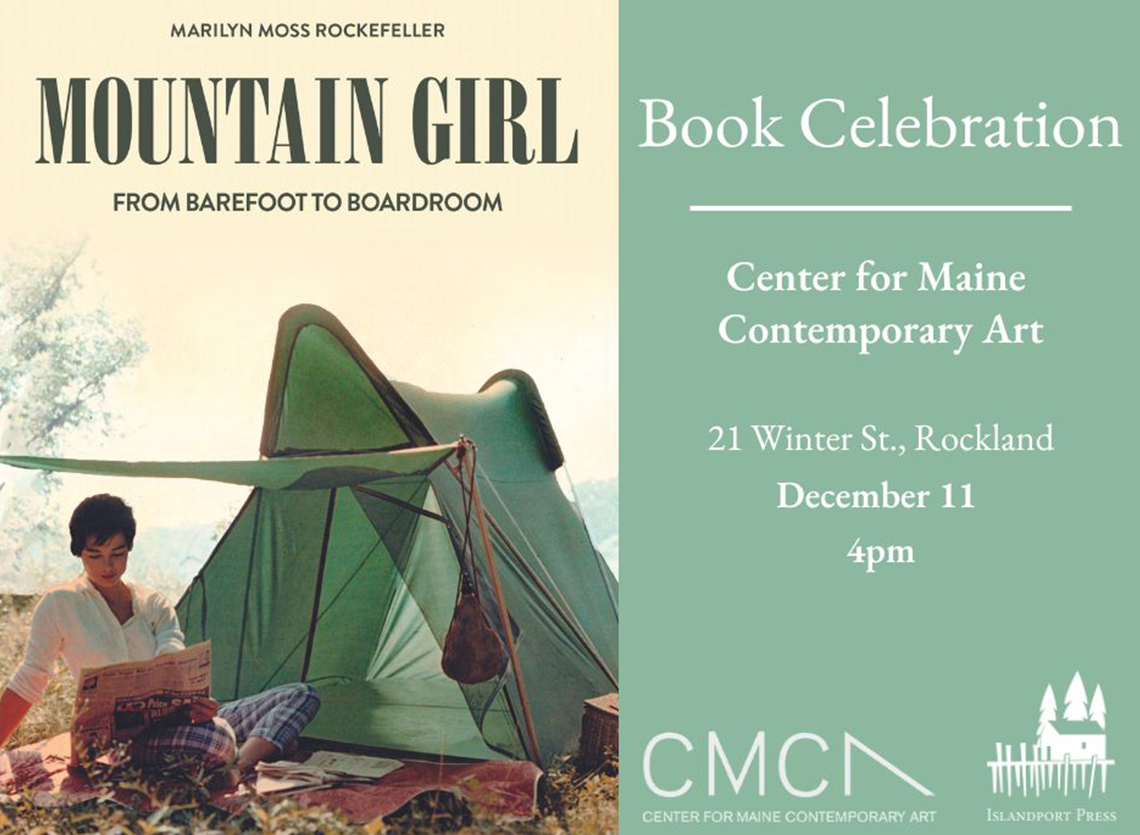 Don’t miss this special event celebrating the release of Marilyn Moss Rockefeller’s Memoir, Mountain Girl: From Barefoot to Boardroom. The event will include a conversation between Rockefeller and fellow author Susan Conley as well as a book signing and light refreshments in our lobby.

From the mountains of West Virginia to the executive suite of a million-dollar company to marrying into America’s most famous family, Marilyn Moss Rockefeller’s life has been one long adventure. Rockefeller’s childhood reads like a sad country song, but the heartbreak and pain only fueled her determination to grab the world by the harness and ride with her dynamic combination of guts, luck, charm, and intellect. Along the way, she appeared nude in an art film, crashed a plane and lived to tell about it, and co-founded the iconic Moss Tents. Her memoir Mountain Girl is a moving recollection of a notorious and victorious life—one that shows how a little spitfire and a lot of soul can take a person from barefoot in Appalachia to the boardrooms of industry without losing that special something or selling out. In her own words, Rockefeller writes about a remarkable life that has been “well-lived, and a hoot to boot.”

Marilyn Moss is the author of the book, Bill Moss: Fabric Artist & Designer, which won an IPPY Silver Medal, as well as shorter work in publications such as Orbis, Maine Boats, Homes & Harbors, Espazio, and Louisville Literary Review. She has an MFA in writing from Spalding University. Widely recognized as a successful and socially responsible business leader, Marilyn cofounded Moss Tent Works with Bill Moss in 1975 and served as president and CEO of Moss Inc. until she sold the company in 2001. She and Moss Inc. won many awards, including the University of Southern Maine’s Distinguished Achievement Award. While president of Moss Inc., Marilyn was recognized by New Hope for Women for establishing supportive workplace policies for domestic violence victims. She also served as chair of the board of trustees at the Center for Maine Contemporary Art. Born and raised in the hills of West Virginia, she now resides with her husband, James Rockefeller, in midcoast Maine.