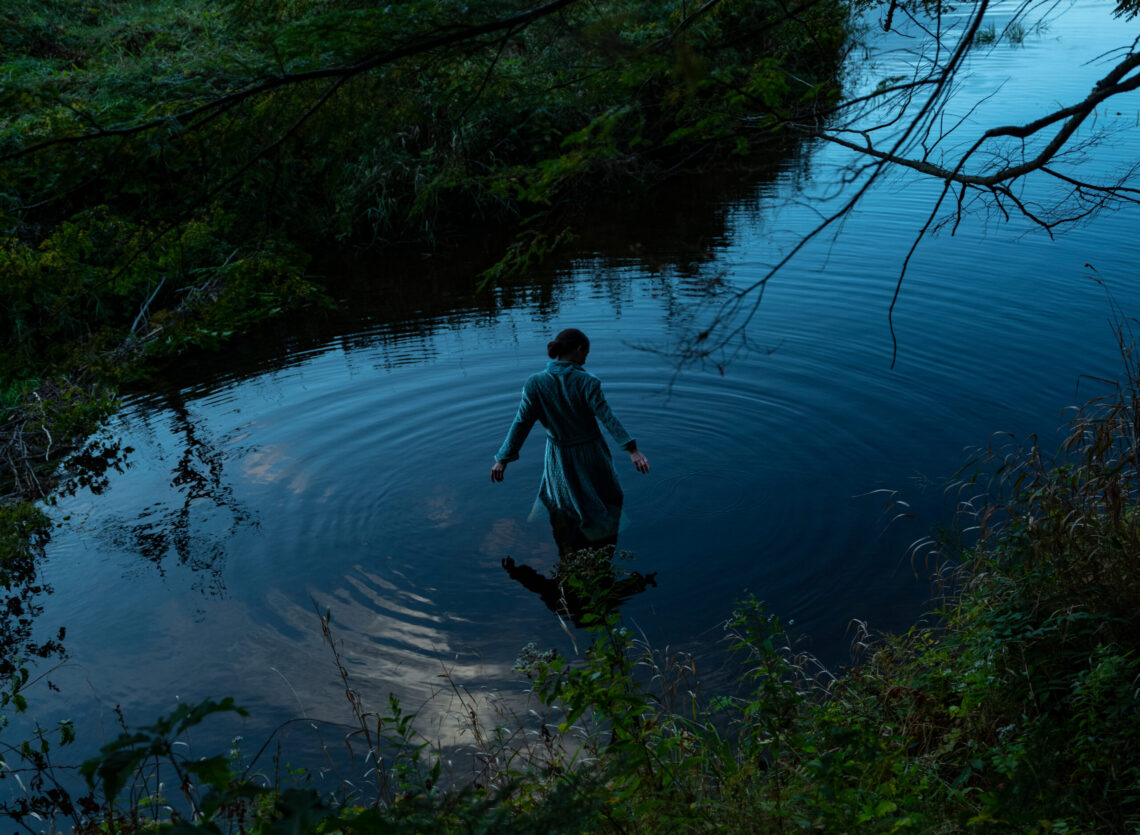 This thematic exhibition features photographic works set in nature that document actions as they naturally occurred; actions as they were performed for the camera; interactions created in post-production; or to propose actions to be taken by the viewer. The exhibition will feature installation-based works by Cig Harvey, Shoshannah White, and Julie Poitras Santos along with more traditionally formatted works by Jennifer Calivas, Mark Dorf, and Ray Ewing.

Into Action is made possible in part by a grant from the Andy Warhol Foundation for the Visual Arts. The exhibition is curated by CMCA’s Executive Director & Chief Curator, Timothy Peterson, in collaboration with Curatorial Assistant, Rachel Romanski.

Jennifer Calivas has exhibited extensively at venues including David Zwirner (New York), LTD (Los Angeles), and Buoy Gallery (Kittery, ME). She received an MFA from Yale University in 2018 and currently teaches at Princeton University and Parsons School of Design. Calivas lives in New York with strong ties to Rockland, ME, where she recently completed a residency at the Ellis Beauregard Foundation.

Mark Dorf has exhibited internationally, most recently at Presenza (London), the Houston Center for Photography, and Nantes (France). He received a BFA from the Savannah College of Art and Design and an MFA from the School of the Art Institute of Chicago. He’s been reviewed by both The New York Times and The New Yorker, and is noted for producing several NFTs. Dorf lives in New York and his featured work was created in Maine.

Ray Ewing has been published in The Huffington Post, The Wall Street Journal, and the Cape Cod Times, and he’s been the recipient of multiple accolades from the New England Newspaper Awards and the Beaumont Newhall Fellowship from the University of New Mexico. He is the recipient of a BFA from Maine College of Art and an MFA from the University of New Mexico, Albuquerque. He currently lives and works on Martha’s Vineyard.

Julie Poitras Santos‘ solo and collaborative works have been exhibited internationally including at the Göteborg International Biennial for Contemporary Art (GIBCA) (Sweden), Queens Museum (New York), and the Centre for Contemporary Culture (Barcelona). Poitras Santos holds two MFAs, one in visual arts from the University of Chicago at Boulder and the second in poetry from the Stonecoast Creative Writing Program. She’s taught in the MFA program at Maine College of Art for over a decade and is the current Director of Exhibitions at the Institute of Contemporary Art at MECA (Portland, ME).

Shoshannah White has exhibited extensively, including at the Robert Berman Gallery (Los Angeles), The Center for Photography at Woodstock (New York), and the Bates College Museum of Art (Lewiston, ME). Her work has appeared in Newsweek, Psychology Today, and The Wall Street Journal. She’s received a BFA from the Savannah College of Art and Design. White divides her time between New Mexico and Portland, ME.

A special thank you to Annie Bailey, Hannah Berta, Nico Bourkas, James Chute, and Elijah Ober for their installation expertise in making this exhibition possible.