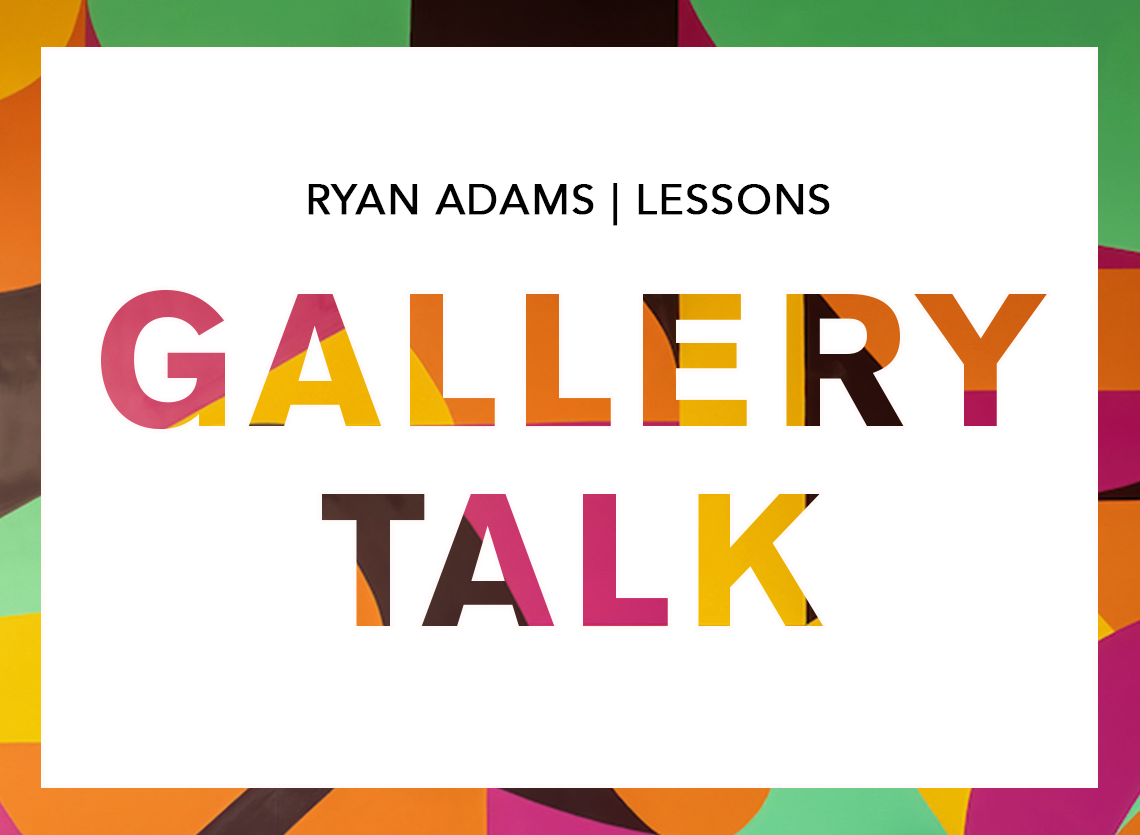 Join us on Saturday, December 4 at 12:00pm for a free gallery talk with exhibiting artist Ryan Adams.Adams will discuss the history of his lettering and painting practice and his works on view at CMCA with Executive Director and Chief Curator Tim Peterson.

This programming is made possible in part with support from the Andy Warhol Foundation for the Visual Arts.

About Ryan Adams:
The Portland-based artist Ryan Adams is exhibiting a 33-foot-long mural, titled Switch the Code, which represents a continuation of his abstract, text-based wall works that grew out of his early graffiti practice. The mural features a phrase of advice his mother often gave him as a youth growing up in Portland—advice to help him negotiate his youth in a predominantly white community.

Adams’ mural is rendered in his signature “gem” style that deconstructs words and phrases into geometric patterns that dynamically display visual depth, shadows, and highlights. The mural is accompanied by a wide selection of the artist’s paintings on canvas. The entire exhibition will be visible 24/7 over the fall and winter months through the massive windows facing CMCA’s public courtyard. This will be Adams’ largest solo exhibition to date.

In addition to past exhibitions at SPACE (Portland) and the Rochester Museum of Fine Arts (Rochester, New Hampshire), Ryan Adams’ work was prominently featured in the recent exhibition Untitled: Art from Maine in a ____ Time at the Portland Museum of Art.