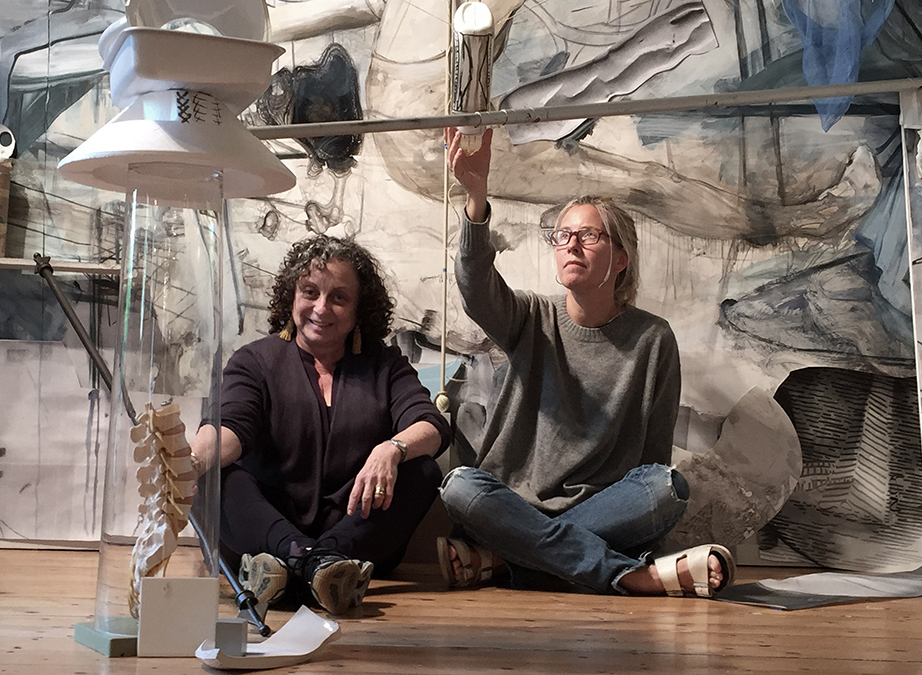 The sixth iteration of CMCA’s Counterpoint exhibition series brings together the work of artists Jenny Brillhart and Sara Stites. The concept of light moving over time offers a foundation to both artists’ intuitive ways of working and individual narratives. For Brillhart and Stites, the studio environment is both the subject and source of their work. Documenting the passage of time, the subtle shifts of light, the play of shadows, and the process of making are shared aesthetic interests. In a way, the studio becomes a metaphor for the mind, a mirror of the world and of thought.

To serve as armatures for imagery and shadow play, the artists often create sculptures or tableaus from functional or repurposed objects found within the studio. These then become the subject of photographs, drawings, and paintings, that may then be further refined and integrated in subsequent photographs, drawings, and paintings. The world of the studio conflates and turns in on itself, only to renew and regenerate—within as without.