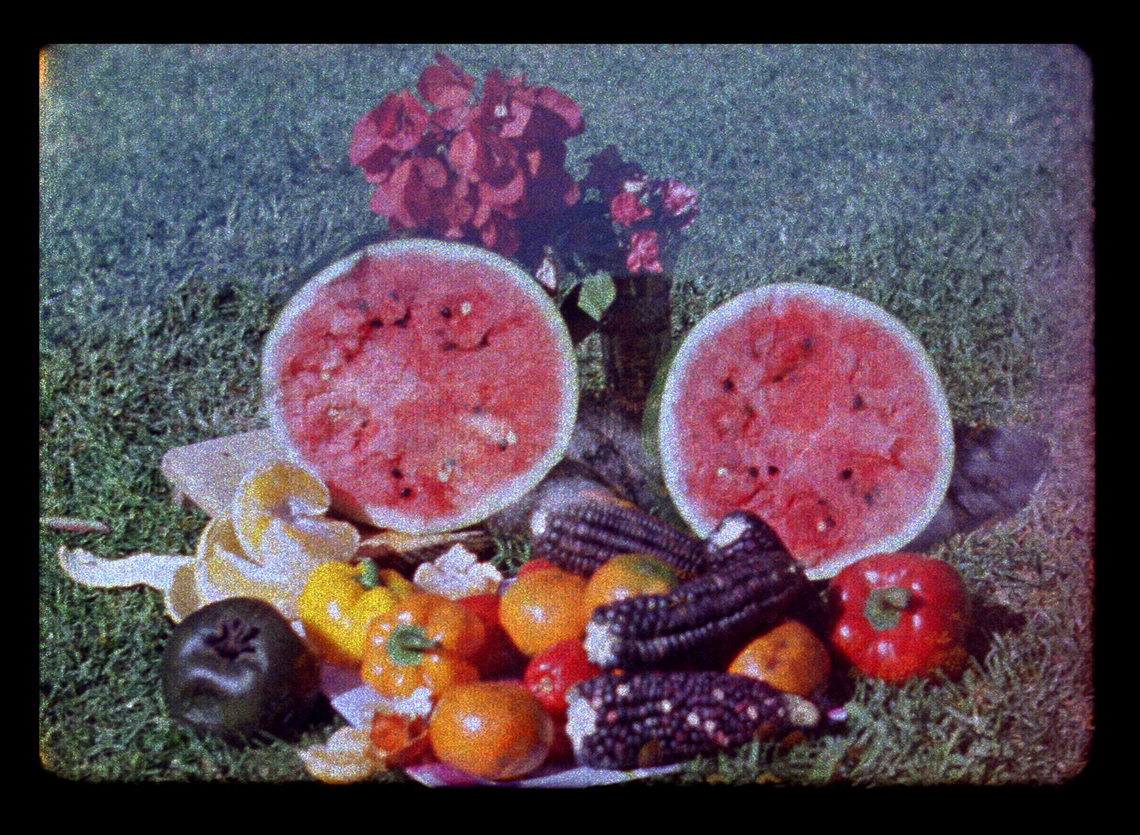 Colectivo Los Ingrávidos is a Mexican film collective founded in 2012 to dismantle the commercial and corporate audiovisual grammar and ideology. Their methods combine digital and analog mediums, interventions on archival materials, propaganda, mythology, social protests, and documentary poetry. Their radical experimentations in documentary and cinematography produce visual and auditory images that are political possibilities in their own right.

All other galleries will be closed during this time for installation.

Tierra en Trance (2022)
The international premiere of this film features dancing bodies in an agitated rapture: prelude to trance, invocation of the gods, consecration of intermittence. Here our point of view sparkles under the spell and trance of things gathered, fallen, yielding, pluvial. Mesoamerican wind, goddess breath, breeze of sticks. This is the Earth in a Trance.

Notes for a Deja Vú (2021)
A political film is an experience where Jonas Mekas (deceased Lithuanian-American filmmaker) still lives. We listen to him reminiscing an imaginary journey to Mexico. This movie is filmed with an expired 16mm celluloid during a popular protest.

CIFF will present a follow up conversation on Colectivo Los Ingrávidos’ work, process, and praxis on Saturday, Sept 17 at 3:30pm at the French Room in the Camden Opera House, alongside other artists engaging in similar organic treatments of form, preservation, and materiality. Learn more at: https://pointsnorthinstitute.org/ciff/storyforms/