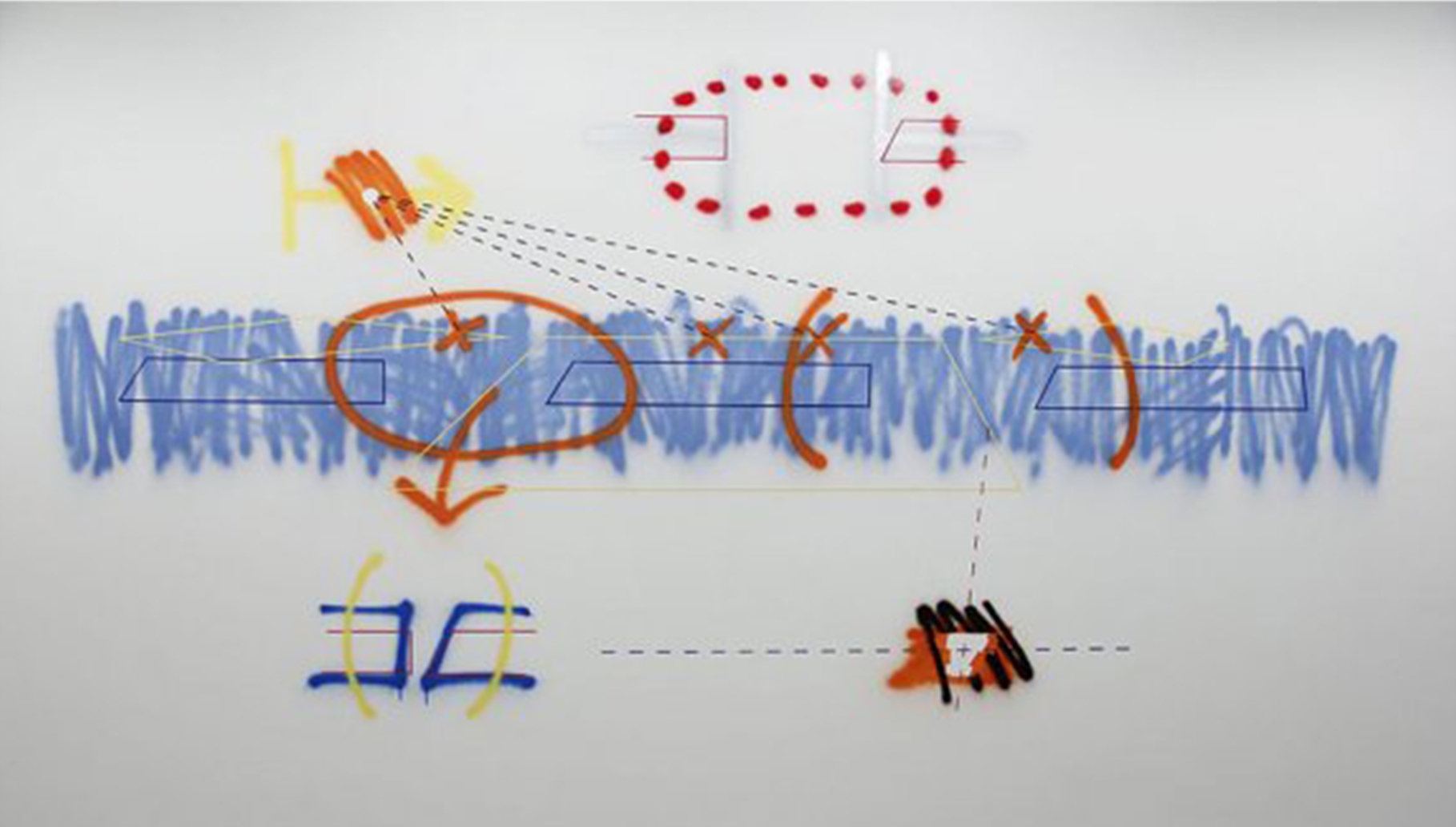 Bagaduce ->( )<- East 19th presents selected recent drawings and wall works by artist Peter Soriano, who divides his time between studios in Penobscot, Maine, near the Bagaduce River, and East 19th Street in Manhattan.

While in residency at the Calder Studio in Saché, France, in 2004, Soriano sought a new direction in his work. He had been creating biomorphic sculptures in polyester resin that were extremely laborious to fabricate. “The goal,” he says, “was to make the objects lighter and less physical, and at the same time increase their scale. After the Calder residency, I spent months working on what would become my first piece using cables.”

The resulting “wire works,” as the artist refers to them, combine spray-painted lines and markings with short lengths of pipe and steel cables mounted directly on the wall. Actively engaging the space they are installed in, they hover at the intersection of painting, sculpture, and drawing. Most recently, Soriano has dispensed with the three-dimensional objects altogether, concentrating on creating complex schematic wall works that employ a variety of painting methods, including spraying, stenciling, and brushwork. Like the wire works, these new wall paintings can be re-created by anyone following specific installation instructions, ensuring a certain consistency, as well as variability, to each iteration.

“Increasingly, I think of these pieces as ‘landscapes’,” says the artist, “albeit in the most schematized way. They include the angles of passing shadows, sections of metal rooftops, and the painted markings on an airport runway, to give some examples. I make sketches of my observations, the way you might make notes on a crumpled cocktail napkin then carry them around for a while until they’ve been sifted and reduced. Once I begin working on a wall, the spray ‘lexicon’ becomes a way of revisiting that memory, of probing the idea or initiating a conversation about it. At the same time, I use thin, hard-edged paint lines to suggest and allude to three-dimensional spaces.”

Born in 1959 in Manila, Philippines, Soriano received his B.A. in art history from Harvard College and studied at The Skowhegan School of Painting and Sculpture before moving to New York City in 1981. www.petersoriano.com 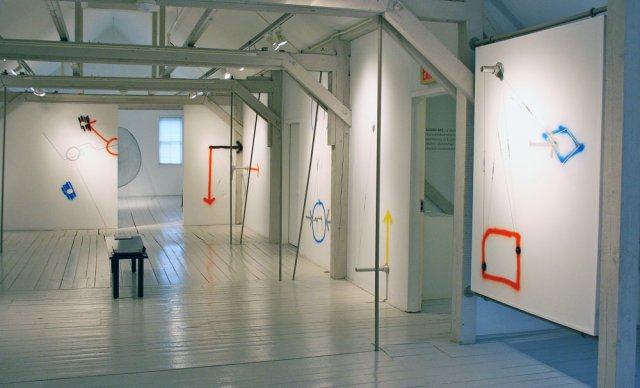 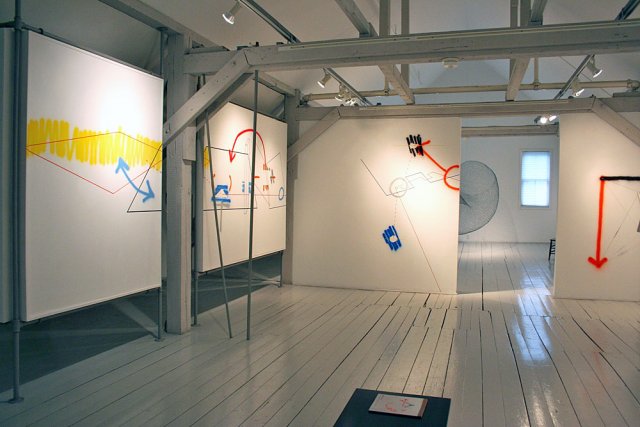 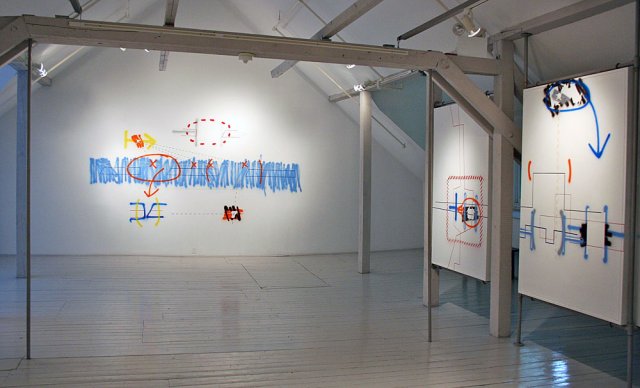 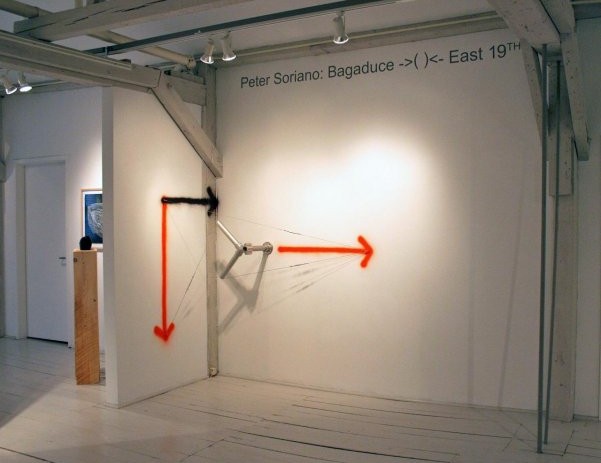 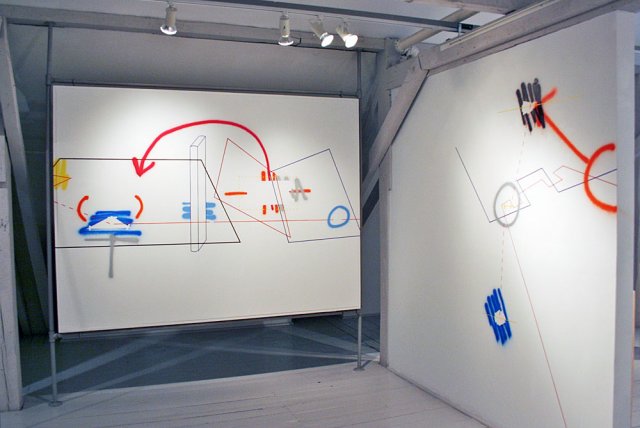