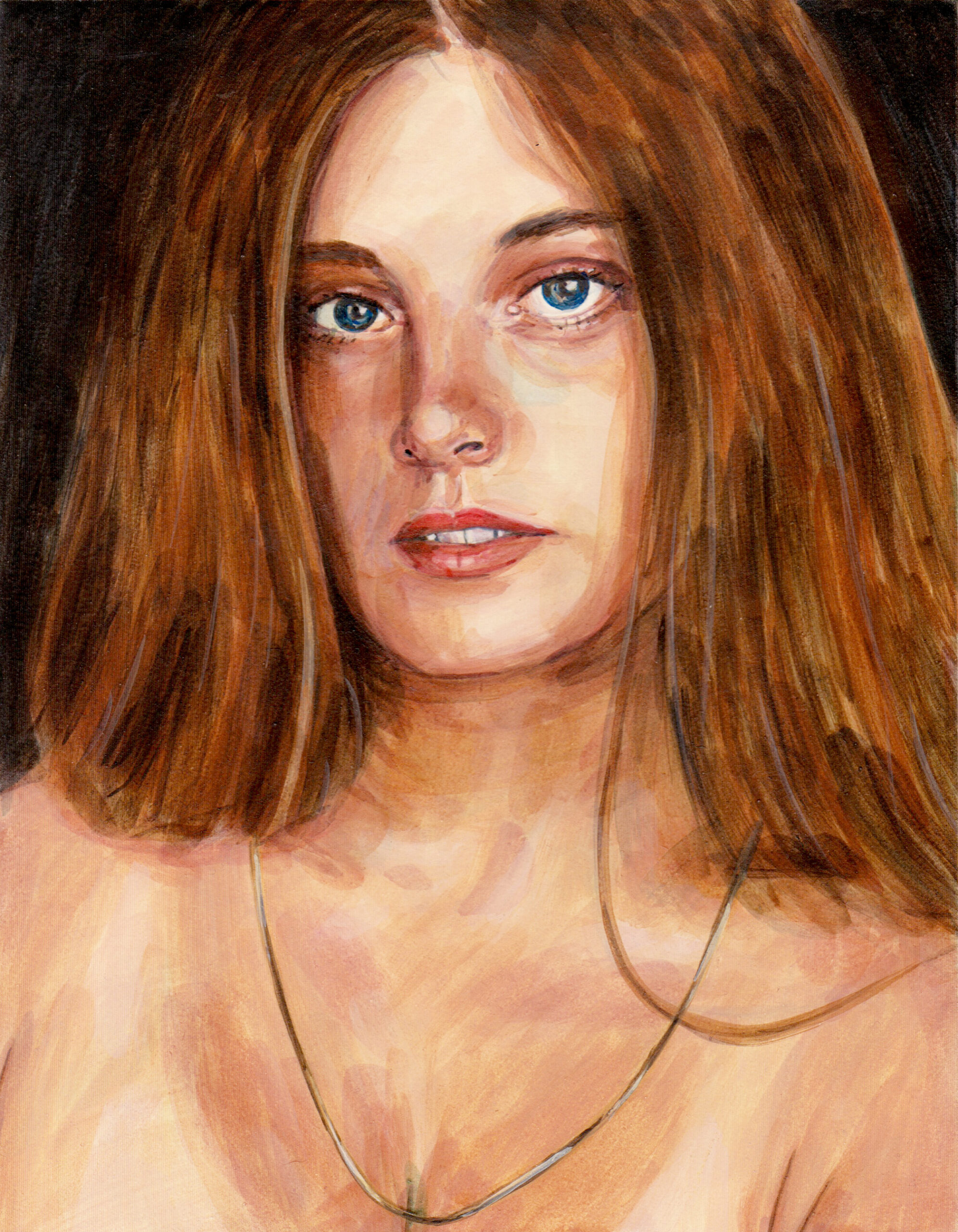 The strong lingering effects of American Puritanism and prevalent misogyny in contemporary American society have gotten me down. I examine the woman as an object in art and in mass consumed pornography of the 1960’s and 1970’s by delicately depicting these tableaus through egg tempera paintings. There stands a woman as a sex object. Conflicting views arise from my attempt to pluck an emotion from the vacant eyes of the model or muse: Is the beauty of a female’s naked body too lush? Does it confront the objectification in mass produced/consumed pornography enough? Either way, it always confronts the viewer’s inherent prudishness.The works vacillate between what’s there and what is missing. Working from the same source material, sometimes the audience no longer has the pleasure of looking at the beauty of a woman’s naked body. In its stead, the empty room. There is a couch with dented cushions. The couch where she bared herself for the male gaze and profits. The rug where she faked a coy look over her shoulder. The wicker chair where she stared down the camera, legs just so. A room, furniture, fruit, and flowers: perhaps the viewer might be able to conjure up what is missing and why.When you explore a room of my paintings or flip through them on a screen I imagine the “Caged Bird” Thaumatrope Disk. A bird on one side of the disk, an empty cage on the both. Spin them fast enough and, blurred into combination, the bird is trapped in the cage.