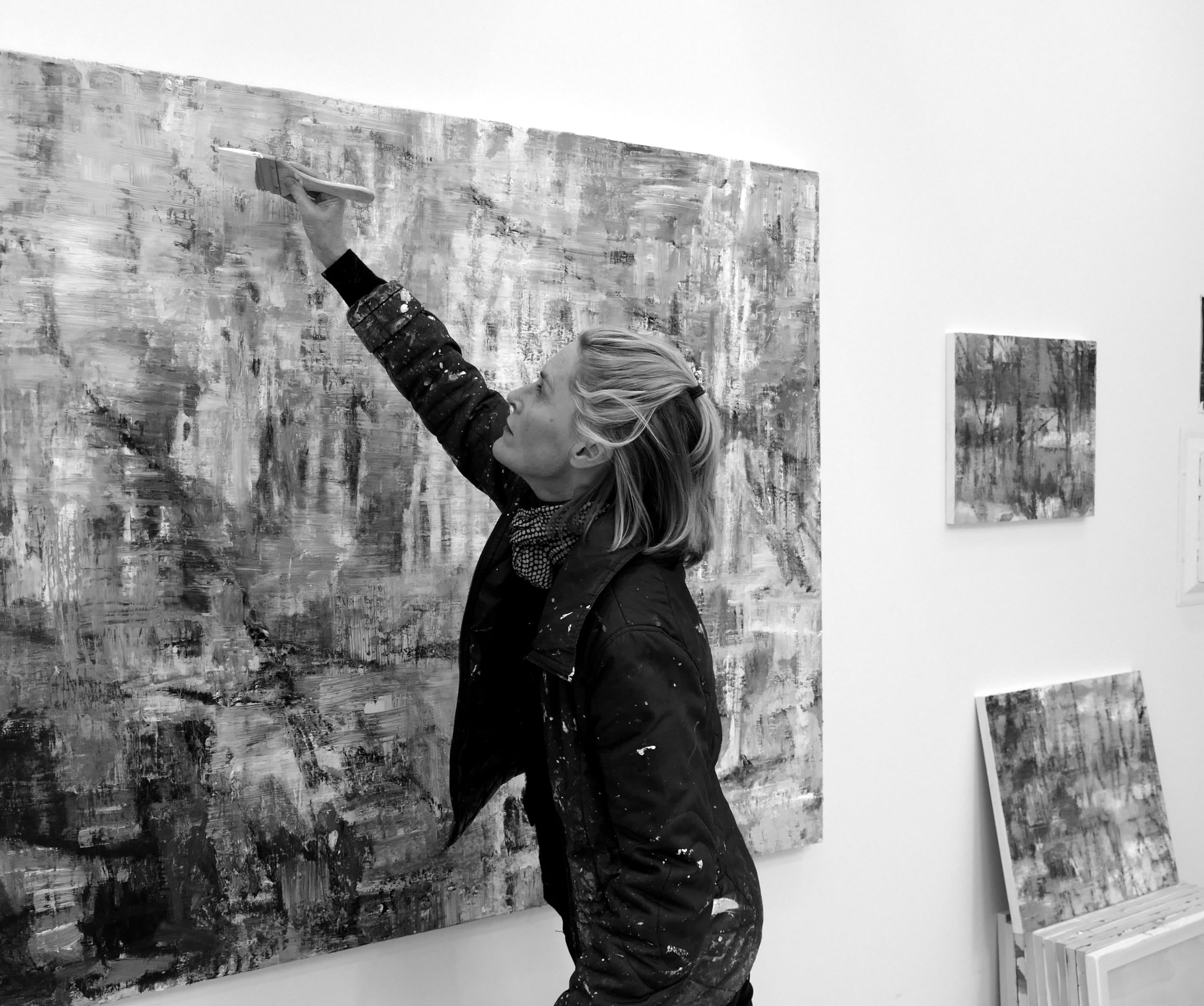 Joanna Logue was born in the Hunter Valley in NSW Australia. She graduated from the City Art Institute with a B.A in Visual arts and went on to gain a graduate diploma in professional art studies, majoring in painting.

She has exhibited extensively in major cities throughout Australia and Hong Kong (having made over 22 solo exhibitions) and been curated onto exhibitions in Sweden and Canada.

Joanna was the recipient of the 2006 Country Energy Prize for landscape painting and in 2009 was awarded the Central West Regional Artist award. She has been awarded two residencies in Hill End, one by the Bathurst Regional Art Gallery and the other by the Paddington Art Prize.

In 2011 her work was included in the ‘New Romantics’ exhibition at the Gippsland Regional Gallery, ‘Wattle – Australian Contemporary Art’ at Cat Street Gallery in Hong Kong and ‘New acquisitions’ at the Cowra Regional Art Gallery. She has been a finalist in the Fleurieu art prize, the Norvill Landscape Painting prize where she received highly commended and the Paddington Landscape Painting prize. Her paintings have been hung several times in the NSW Plein Air Painting prize at Parliament house where she was awarded Highly Commended.

In 2012 Joanna’s work was included in an exhibition curated by Gavin Wilson at the Blue Mountains Cultural center called ‘Picturing the Great Divide: Visions from Australia’s Blue Mountains’. In 2013 she participated in an exhibition curated by Andrew Frost at Tamworth Regional Art Gallery called ‘The Feminine Optic – perspectives on landscape’ and was also collected into the Kedumba Drawing prize. In 2014 she was curated into an exhibition called ‘Natura Morta’ at Orange Regional Gallery and participated in an artist residency on Bruny Island. Her paintings were included in an exhibition ‘Country and Western’ which opened at the Townsville Regional Gallery and toured nationally showcasing prominent Australian Landscape painters working from the bi-centennial year till today. Joanna’s paintings have been collected by major corporations, regional galleries and universities.

In 2017 Joanna relocated to the USA where she lives and works from a studio on Mount Desert Island in Maine. She is represented by King Street Gallery on William in Sydney and Scott Livesey Gallery in Melbourne.