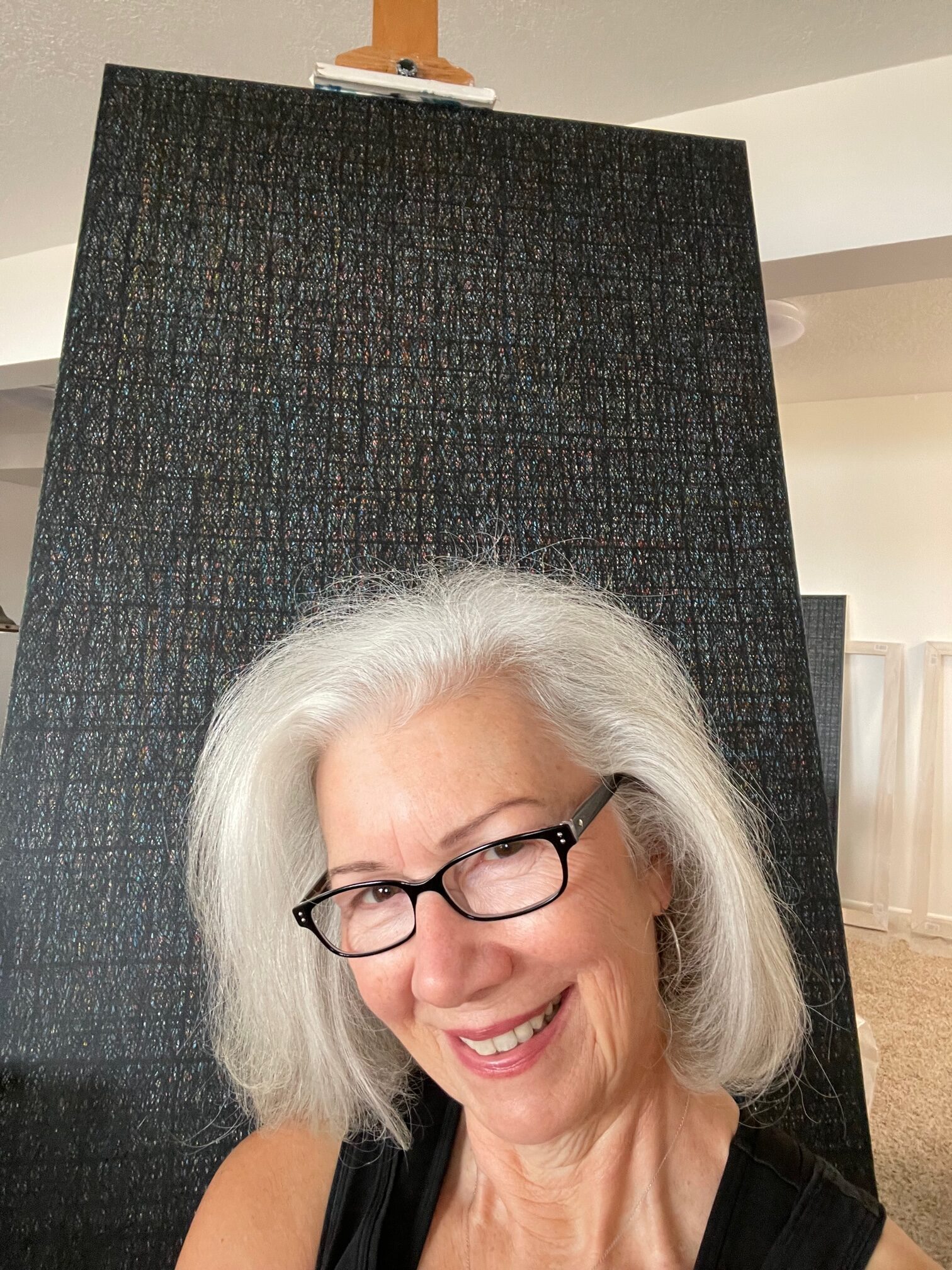 It all began when I became more curious about painting the spaces in between the branches of trees than the branches themselves. Dynamically I have been caught in this elusive chaos of complexity of the in between ever since. In a nutshell, it has flung me into a universe of inquiry delving into the empty and full, the micro to macro, the now and then and darkness into light. This is where I paint somewhere in between nothingness and the ineffable. My work abstractly wrestles to represent a union of these in between spaces even though it seems like an impossibility. Initially intentional in process these paintings are generally random, intuitive and emotive. At times it seems the works are painting themselves and I am just the instrument.

With a similar and specific construct of self imposed limitations, each work is created as one in a series. This opens up rather that constricts process and possibility for me. Paint is dripped, pulled and controlled. A scaffolding of gestural brushstrokes are then built upon the foundational grid of dripped paint. Paint is applied in experimental unified layers resulting in optically charged fields with an all over harmonious effect. Inevitably variations occur which gives each painting associative meaning for me.

Discoveries of the metaphysical and metaphorical unfold with process. In our otherwise chaotic and random world there is in my view a universal order and unifying light that connects us. There is something both pure and perfect about this assumption that moves me to paint light the very essence of life. Painting takes me to unexpected places. These works engage me like no other. They transport, test, and surprise me with their realm of possibility and specificity and I hope that the viewer feels free to question and draw their own meanings.

Kathy Snow Stratton is an abstract contemporary painter. She is a native of the state of Maine and grew up in Skowhegan, Maine. She credits the Maine woods for her breakthrough into abstract painting. The overlapping complexity of tree branches in the afternoon light of winter became the key that catapulted her into abstraction. Formally an artist educator now a full time painter. Kathy Snow Stratton completed her undergraduate studies at the University of Maine at Orono in 1978 and earned her Masters in Studio Painting from Maryland Institute College of Art in Baltimore, MD in 2005.  She lives in Buffalo, Minnesota with her husband on one of Minnesotas 10,000 lakes.