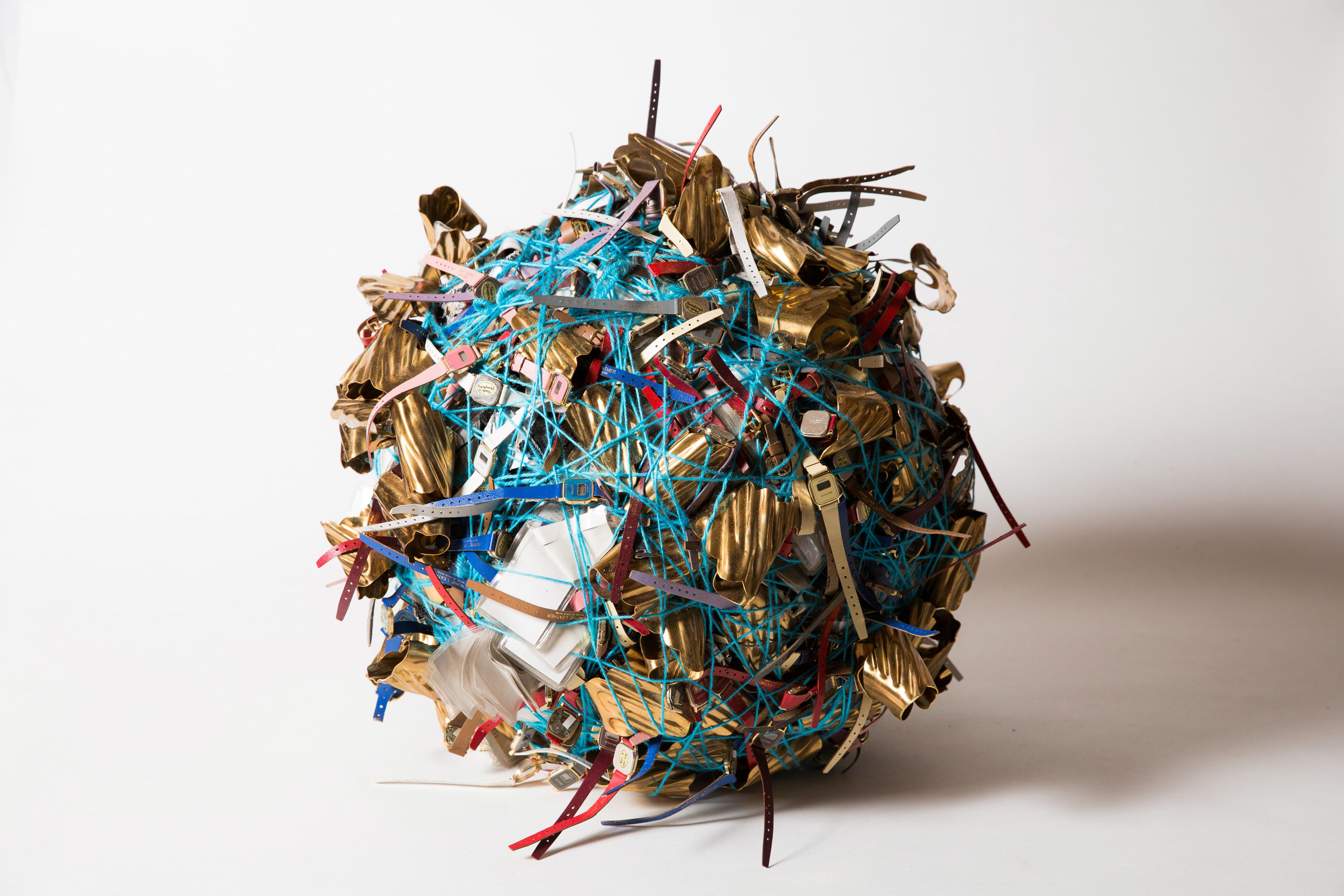 Ian Trask is a scientist-turned-artist. His sculptures transform materials of waste and commercial byproducts into refined aesthetic objects through an alchemistic procedure of reinterpreting a material’s value and usefulness. He primarily uses materials that he can find for free, either from discarded items or through friendly donations, thereby letting scarcity and access dictate the direction of the work.Ian received his degree in biological science from Bowdoin College in 2005. Following graduation he worked as a technician in various research labs. However, by 2007 Ian had decided he wanted to leave the world of science to pursue a career in the fine arts. Leaving his job in the laboratory, Ian worked as a hospital groundskeeper cleaning up trash daily, an experience that proved to be formative in his artistic development. He saw the potential in the waste he was confronted with everyday and quickly began working with discarded manufactured goods as the main platform for his pieces.Ian was based out of Brooklyn, New York from 2007 through 2015. In November, 2015 Ian moved to Maine. He now lives in Topsham and works out his studio in the Fort Andross building in Brunswick, ME.
END_OF_DOCUMENT_TOKEN_TO_BE_REPLACED