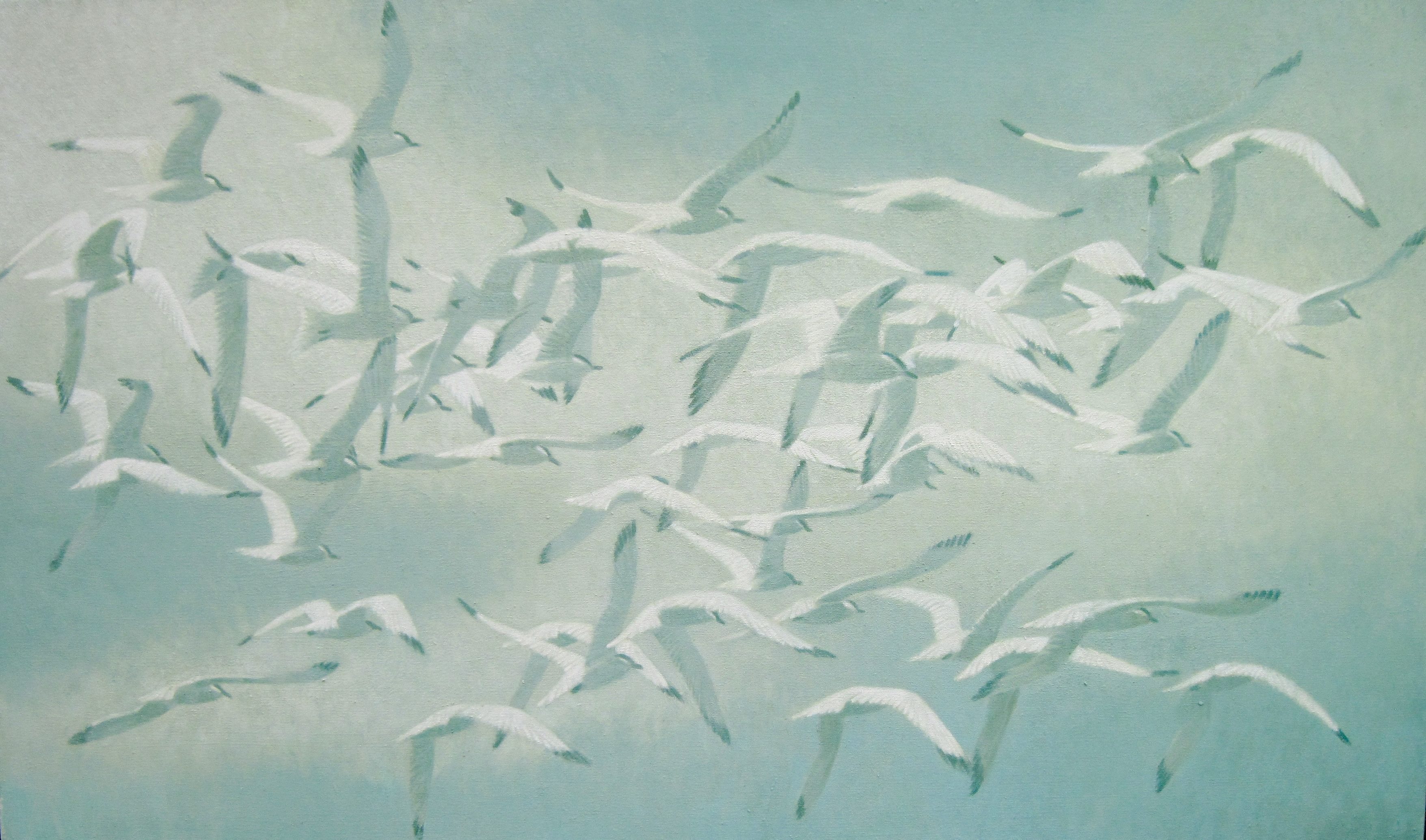 With bird flocks as her subject, Gina Sawin explores the formal aspects of painterly representation and her concerns with ecological harmonies, now threatened by climate change. Her paintings refer to the theme of migration as an inevitable and universal means of survival.In facing a classic painterly challenge – that is, planar balance of two- and three-dimensional space – Sawin captures the surface patterns of wings, while also showing movement through space - how flocks travel, as many and as one, through a vast sky. Painting both the birds and the sky with the same limited palette, she presents them as inextricable, almost dissolving into one another, while the geometry of shifting lights and darks gives them movement.  The pebbly surface lends cohesion, and suggests the particles of matter that form both subject and surrounding space.  Sawin says of her subject, “Migrating birds seem a poignant reminder of the earth’s life cycles, and, in a metaphorical sense, the strength of the whole as a sum of parts. When I am working in my studio, looking carefully at each individual bird in the context of its flock, my mind drifts to other groups getting from one place to another, seeking refuge, or the right to survive. I feel the paintings asking: will we get where we need to go?” Sawin earned her BFA and MFA at Parsons, where she studied with Leland Bell, Paul Resika, John Heliker, Stanley Lewis, and Robert DeNiro Sr. She lives and works in Maine.  (www.sawinart.com)
END_OF_DOCUMENT_TOKEN_TO_BE_REPLACED