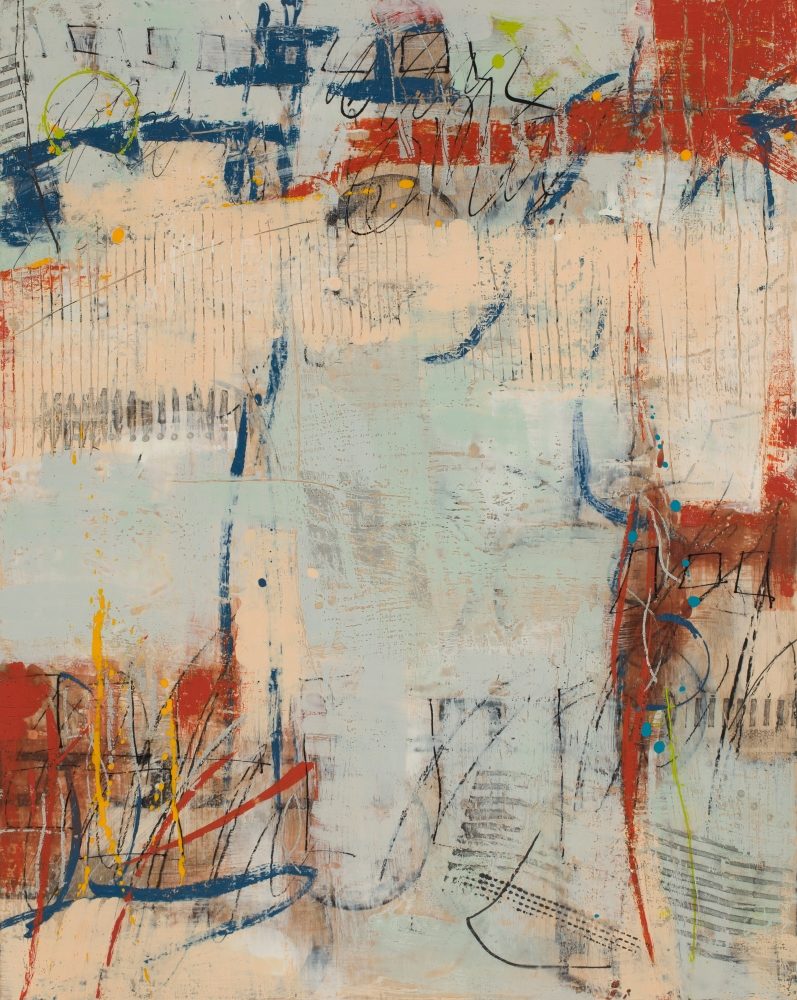 My work explores the emotional power of line and color, with evidence of the artist’s hand.  I want the viewer to have a sense of my physical and emotional involvement with my materials. With many layers of writing, drawing and painting I create a history of my ponderings and struggles.  Art is my way of sorting through both inward and outward observations to make sense and order of the world.  It creates a visually tangible record of this process with suggestions of memory, bits of conversation, or perhaps a sense of a person, location or passing of time.

Diane Bowie Zaitlin has lived on the coast of Maine most of her life.  She received a B.F.A. from the University of Connecticut, Storrs, Connecticut, and also studied at Skidmore College, Saratoga Springs, New York. She has attended numerous workshops at Haystack Mountain School of Crafts, R & F Paints, and Maine College of Art.  She teaches painting workshops in encaustic and cold wax and has been an artist-in-residence through the Maine Arts Commission for many years.

Diane has exhibited extensively throughout the country.  As a member of New England Wax, she was included in their many juried encaustic exhibits in New England and Oregon from 2007-2009.  Diane has participated in several Luminous Landscape exhibits of encaustic artists in Massachusetts since 2009.  Diane received the Saco Museum purchase prize at the exhibit Mill-ennial 2012. In 2013 her work was exhibited in  Maine Women Pioneers III: Dirigo at the University of New England Art Gallery, Portland.  She is currently represented by Cynthia Winings Gallery, Blue Hill, Maine and June Fitzpatrick Gallery, Portland, Maine.  She was a 2015 fellow at the Heliker-LaHotan Foundation , Great Cranberry Island, Maine and Artweek on Great Spruce Head Island, Maine in 2012.