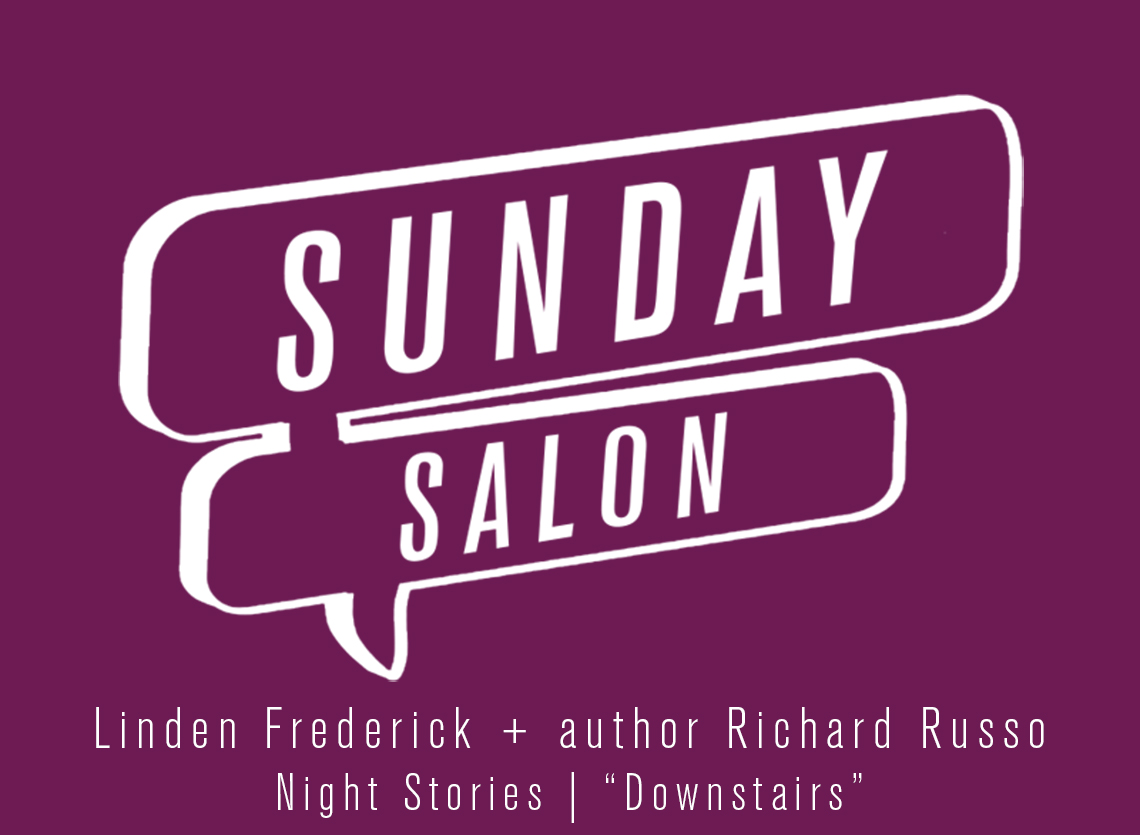 Sunday, October 22, 3-5pm
Free with admission; seating is limited to 75. This event is now SOLD OUT.

Join us for a Sunday Salon featuring artist Linden Frederick in conversation with author Richard Russo on their collaboration, “Downstairs,” a short story paired with Frederick’s painting of the same name, featured in the newly published book, Night Stories: Fifteen Paintings and The Stories They Inspired.

Richard Russo knows small town America. From the gossip and the resentments to the people and the cafes, Russo chronicles blue-collar America in ways constantly surprising and utterly revealing. His 2001 novel, Empire Falls, won the 2002 Pulitzer Prize for Fiction and was adapted into an HBO mini-series, starring Paul Newman, Ed Harris, Phillip Seymour Hoffman, and Helen Hunt. His latest book, Trajectory, was published in May 2017. Russo earned a bachelor’s degree, a master’s in fine arts, and a Ph.D. from the University of Arizona. He lives in Portland, Maine.